(This is the 15th post in a series that started here)

Here’s another look at the 5K splits for Boston 2014, this time divided up by age: 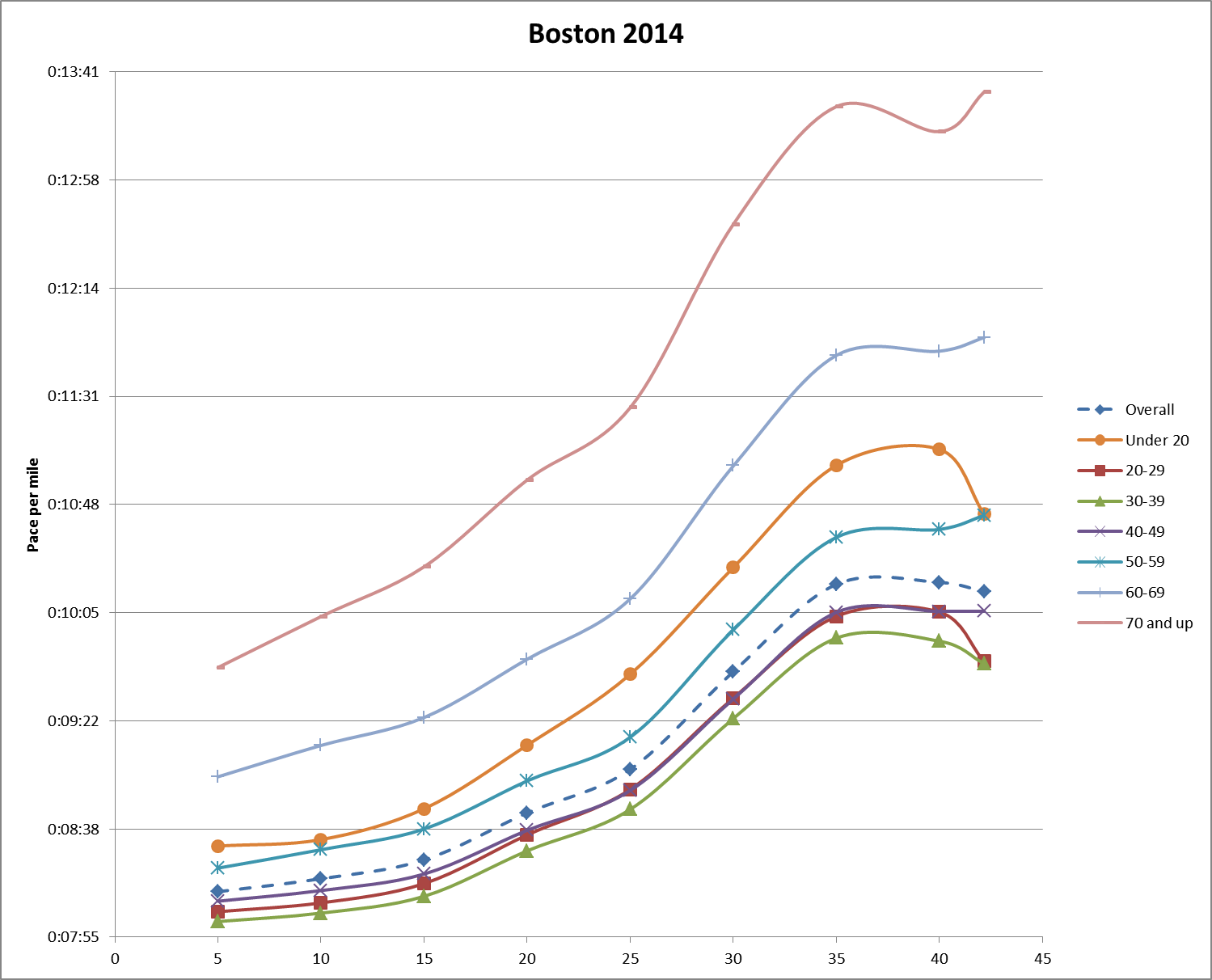 And here are the splits for Chicago 2013: 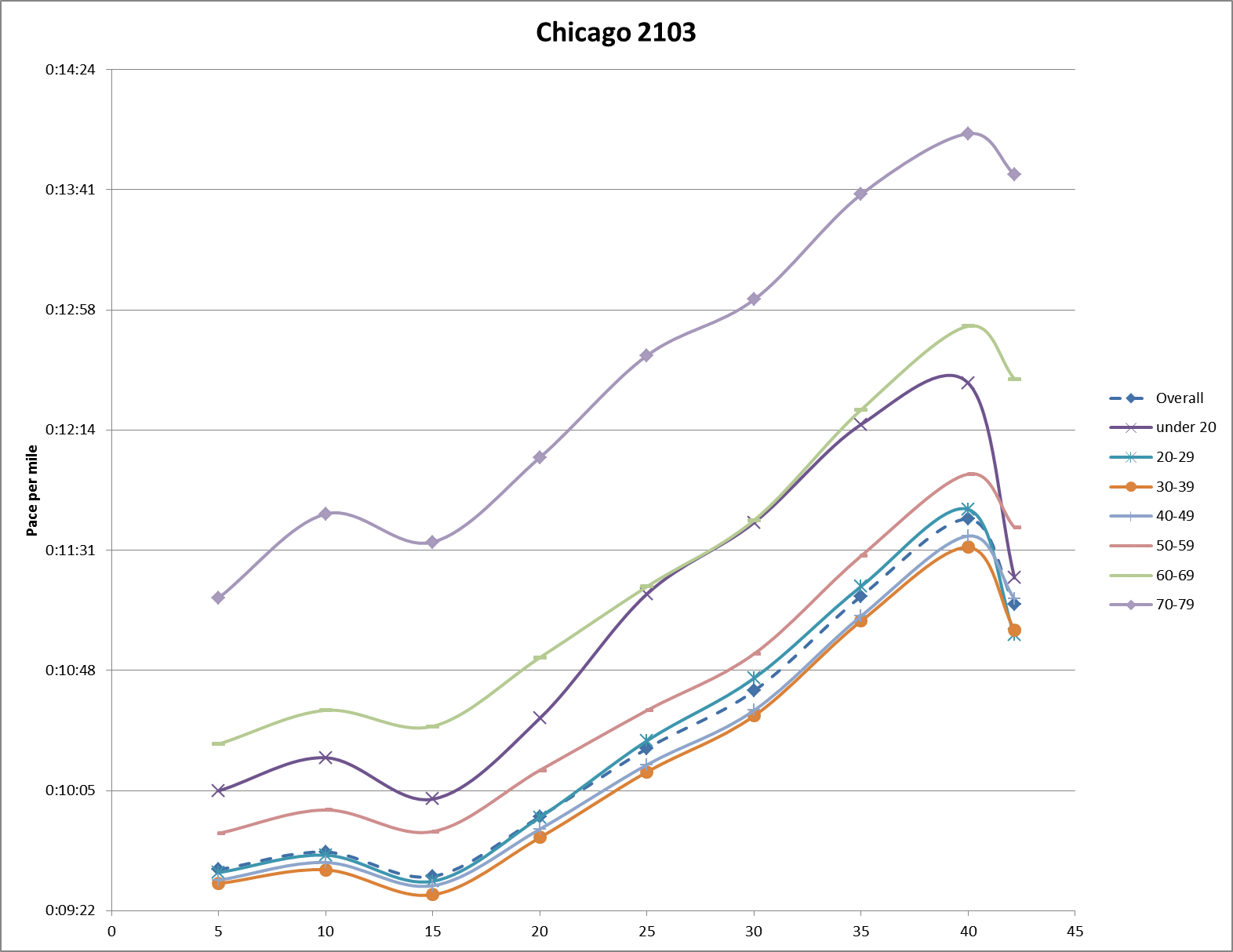 We saw earlier that when we divide up runners by finishing time, the faster runners tend to manage their effort so they have little energy left to accelerate at the end.

When we divide runners by age, it appears that the younger the runner, the more they seem to have left in the tank to expend by speeding up over the last 2K. The older runners don’t pick up the pace as much, if at all.

Even without the data to confirm it, I’m willing to bet that there’s a positive correlation between age and marathon experience. There are always exceptions –  27-year-olds with 15 marathons under their belt, and 60-year-olds running their first marathon – but customarily, the older you are, the more marathons you’ve run.

We generally assume that people learn through experience. Should we assume that experience teaches runners what the fastest runners seem to know, that they do better when they run more aggressively, using up energy earlier instead of saving it for the sprint to the finish?

Or that experience mellows older runners, making them less competitive, less likely to push as hard as possible at the end.

I know a lot of older runners. I’m betting on the former.

We’ll take another look at gender differences in my next post in this series.