(This is the 16th post in a series that started here)

After my post comparing 5K splits for women and men at the 2014 Boston Marathon, one reader asked to see comparable data from other years. Unfortunately, the 2013 data set is incomplete, and the BAA doesn’t post 5K splits from years prior to 2013, so 2014 is all we’ve got.

I was able to get 5K split data from the New York and Chicago Marathons for 2013. Gender information wasn’t readily available in the Chicago results, but I was able to create a chart comparing the results from New York for men and women.

As I did for Boston, I divided the results up into half-hour groups, shifting the women’s groups to adjust for the difference in average finish times between men and women (about 25 minutes): 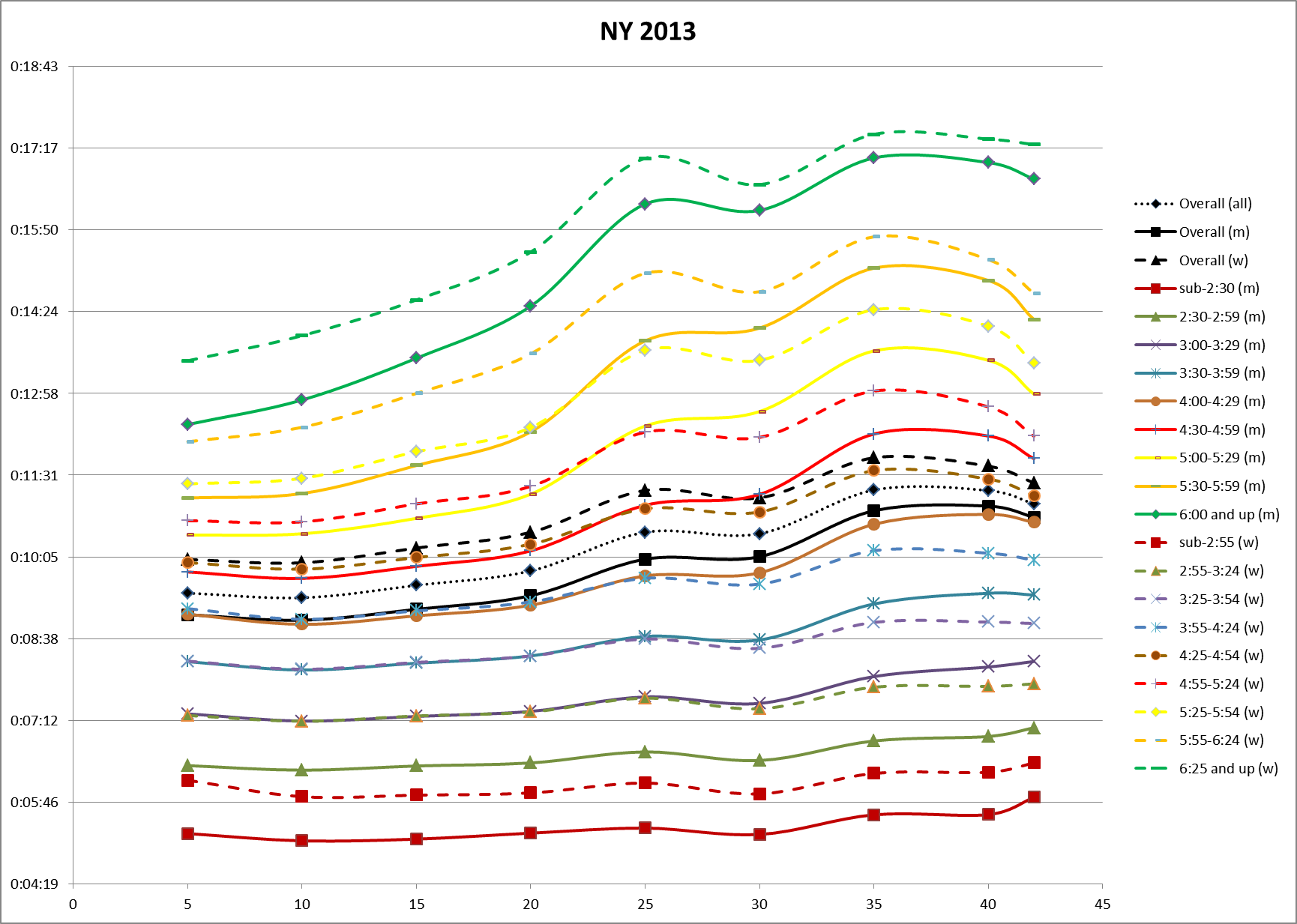 The difference between men and women at New York isn’t as distinct as it was in the Boston data, but you can still see that, on average, women seem more likely to be able to pick up the pace at the end of the race than men.

As fun as all this is, you need to keep in mind that these are average results from a wide variety of runners. They have some illustrative value, but they say very little about any individual competitor.

Let’s go back to Boston 2014 for an example to illustrate that point. The average man ran about 3:51, while the average woman ran 4:12-ish. To pick an individual totally at random, I ran a 3:47, which made me slightly faster than the average male. In spite of that, well over 4500 women finished ahead of me.

There’s some optimal pacing strategy, whatever it might be. Most people fail to hit it. On average, men might tend to go out too fast, while the average woman might save a little too much for the end, but individual differences far outweigh any predictive value this might have.

One thing for sure; whether or not you run an optimal race, I know which type of pacing is more fun.