Registration for the 2013 Boston Marathon is starting.  The BAA recently sent out early registration notices to the runners who have finished the last 10 (or more) consecutive Boston Marathons.  The rolling admission process for everyone else starts September 10.  So it seems like now is a good time to revisit my study of the effect of the new Boston qualifying standards on the number of potential entrants. 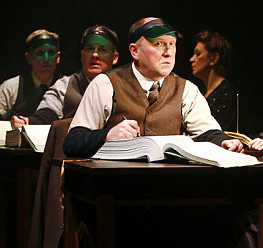 I can now compare the 2011 and 2012 results from MarathonGuide.com for 22 marathons with more than 108,000 finishers.  If I use the results from all 22 races, there’s a drop of almost 50% in the qualifying rate.  However, most of that drop comes from the Boston Marathon itself.   If I leave out the Boston numbers, the drop in the BQ rate is only about 20%.  Boston normally has a disproportionate number of qualifiers (for obvious reasons), but those numbers were hit hard by the heat in 2012.

The most important question, “How does this affect my chances of getting into Boston?”, remains unanswered.  If I had to guess, a 20% drop doesn’t seem like enough to keep Boston 2013 from filling up before I run Cape Cod at the end of October.  But if I run a BQ at the Cape, the new standards should help me get in in 2014.

Here are the numbers (for another look at my methodology, refer to my blog post from April):

14 thoughts on “CCM Diary: Updated Report on the Effect of the New Boston Qualifying Times”