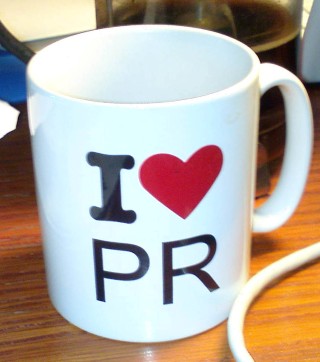 When I was thinking about my goals for the Cape Cod marathon, I tried to face the fact that too much time has passed.  There’s just no way I’m going to set a new PR.  But thanks to the magic of statistics, I found another way to look at things that puts a PR (or at least a PR-equivalent) within reach.

Yesterday, after my recent post on Boston Marathon qualifying standards, I contacted Amby Burfoot to continue an email conversation that we’d started after my first post on the subject.   After exchanging a couple of messages, we veered off course and started discussing alternative ways of age-grading race results.  Amby is the winner of the 1968 Boston Marathon, a former Runner’s World editor, and a current columnist for the RW website (and yes, I’m guilty of name-dropping), but he’s also a 66-year-old guy who wants to know how he compares against other runners his age.

Our discussion led me to take a look at current methods of comparing race results across different ages. The gold standard uses charts created by World Masters Athletics.  They analyzed the current world records for different events at every age and used the data to create curves that represent the change in a typical athlete’s performance over time.

Alan Jones explains the process in detail and the Good Run Guide has posted interactive graphs of the curves for a variety of running events.

Of course, a lot of assumptions are involved in creating age-grading tables and they ignore important factors like course difficulty and weather, but they’re still fun to play with.  A plethora of online calculators use the WMA charts to convert your race results to a percentage score that represents how close you come to the theoretical maximum for your age.  You can use that score to compare your race times with other runners’ results or you can set your current scores up against your results from other years and estimate how much more (or less) you’ve lost to age than a typical person.

The calculator on the USATF site allows you to generate a score with one set of results and then use that score to generate a time for another distance or age.  I was 41 when I set my marathon PR of 3:13:28 at Cape Cod in 2002.  That race scored at 66.7%, which WMA ranks as “Local Class” in their scale of accomplishment.  That seems like the right label to me, better than average but nothing special.  Compare it to, for example, the 2:48:15 that SRR’s Robert Cipriano ran at Boston in 2012 (in spite of the heat) to finish second in our age group, which ranks as “National Class”.  Now you know why I’m counting on Robert to help drag me toward the top in the USATF-NE team competition for our age group at Cape Cod.

A score of 66.7% converts to a 3:30:57 marathon for a 51-year-old.  That means, according to this one measure, that I can blame the last ten years for adding more than 17 minutes to my marathon time, or over 40 seconds per mile.

It’s an encouraging thought.  If I accept that, all of a sudden the 3:31:19 I ran at MDI last fall doesn’t look too bad, especially when I take into consideration the calf cramps that started at mile 21 and cost me a few additional minutes (and I always do).

Looking to this October, I’m another year older, but Cape Cod is an easier course than MDI.  As long as global warming doesn’t kick in on race day, I’ve got to believe that if I make it through my training without getting hurt and I run a smart race, an age-graded PR is well within reach.

One thought on “CCM Diary: Maybe I Can PR (kinda)”