I didn’t get out for today’s bike ride until late afternoon.  Since Ruth wasn’t feeling well, we didn’t turn the alarm on for Sunday morning and so we stayed in bed later than usual.  After that start, additional relaxing was the order of the day.  What with one thing and another, there was no particular need to rush out on my bike. 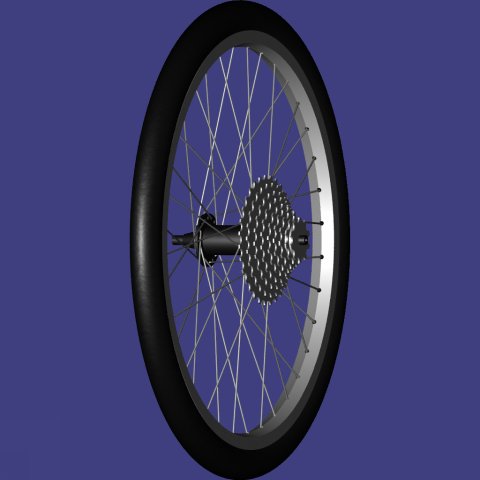 The late start meant that it was hot while I was riding, but one nice thing about biking is that you always carry a 10-20 MPH breeze along with you.

Since I’m replacing some of my running with bicycling, I needed to figure out how to convert bike miles to running miles so I can add them together and keep the total at the amount I’m used to.  That’s so I don’t start over- or under-training, and also so the “real” total mileage I record in my log doesn’t drop by 10 miles per week.  I can’t have that.

I searched the Internet, and the most reliable bike-to-run conversion chart seems to be this one, from a study done by Dr. Edward Coyle of The University of Texas at Austin.

It sure looks reliable. It’s got numbers lined up in a nice chart with decimal points and everything.

The idea is that you measure how many calories each activity burns per mile and use the ratio between the two for the conversion.  Since I generally ride in the 13 to 14 mile-per-hour range and my weight is pretty close to the 155 pound standard used to develop the chart, I figure a divider of 4 is close enough for my purposes.

To take this week as an example, I ran 36 miles and biked 69 miles. Divide 69 by 4 and add that to 36, and I get 53.25. Toss away the numbers after the decimal that imply an accuracy that isn’t really there, and the result is a “RunEq” of 53 miles.  That number is probably a little high because Wednesday’s long bike ride was very slow, but it’s close enough.  Yesterday’s miserable run probably made up much of the difference.

You can follow my weekly totals in this spreadsheet that I’ve posted online.