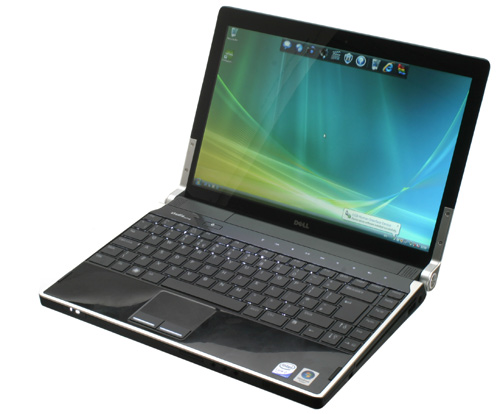 My Dell laptop, a 2010 Studio XPS M1340 running Windows 7, was running slow, with a significant lag before responding to anything I did. There was other flaky behavior, like trouble rebooting successfully after installing updates. Since it wasn’t my primary system, I managed to ignore the problems for a long while.

Still, the perceptible lag while scrolling through web pages during breakfast or clicking on a link was annoying, and conceivably the problem could have been malware of some kind, since the laptop is also where I install any possibly-sketchy free apps that I need for one-off tasks. So the other day, I finally got around to digging in and finding the problem.

I opened up the Resource Monitor and looked at the processes that were using CPU cycles while the computer was nominally idle. One called “WLTRYSVC.EXE” was unfamiliar, so I googled it and found that it was part of the Dell Wirelesss WLAN Tray Service that Dell installs on many different systems that use Broadcom’s WiFi hardware.

A little more googling brought up reports that this service has a long-standing memory leak that Dell/Broadcom hasn’t bothered to fix. I confirmed that this was affecting my system by using Windows Task Manager to watch the process suck up memory and generate page faults while the laptop sat idle.

Luckily, the Dell Wirelesss WLAN Tray Service is totally unnecessary bloatware. Windows can do a perfectly good job of managing your wireless networks all by itself. So the fix was simple – just open the Services control panel and stop the service. You’ll also want to disable it so it doesn’t reload the next time you boot the system. 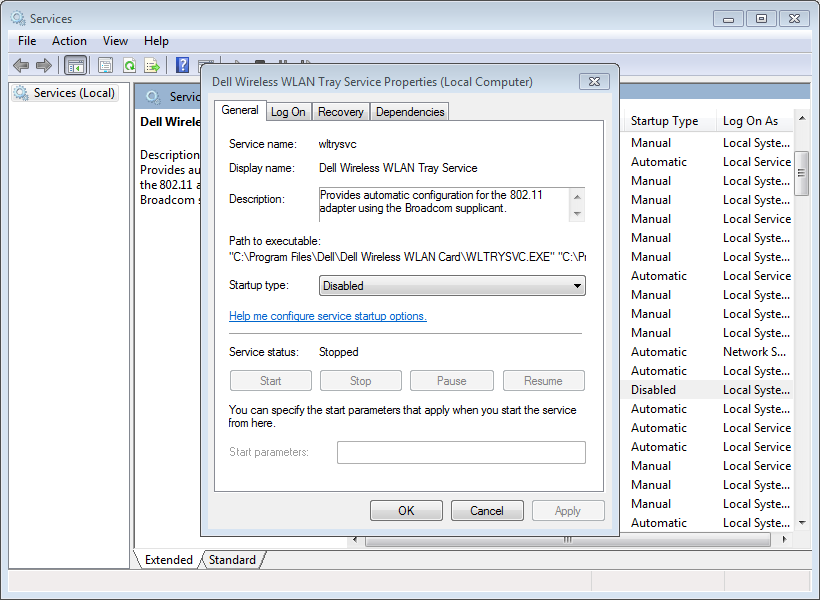 There’s also a startup item, WLTRAY.EXE, that you should kill by running MSCONFIG: 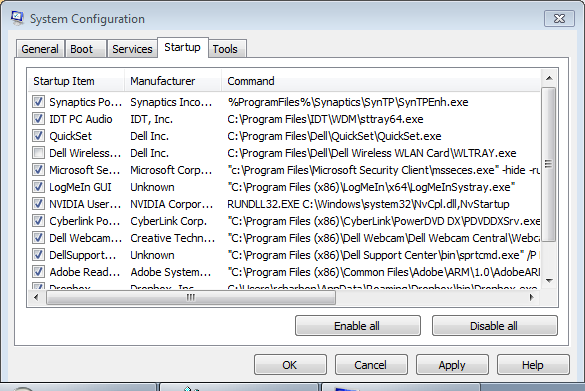 Ta-da! My 5 year-old laptop runs like new again. The problem was trivial in retrospect, but aren’t most of them, once you find the answer?