At the 1964 Tokyo Olympics, Billy Mills became the only US runner to ever win the 10,000 meter gold medal, upsetting world record holder Ron Clarke of Australia.

This video isn’t great, but Dick Bank’s call makes up for it:

Here’s another look at the race. The picture is much better, but the announcer just doesn’t have the same enthusiasm:

Mills’ winning time of 28:24.4 was an Olympic record, less than 9 seconds off the world record, and a PR by almost 50 seconds.

Mills’ victory made him a national hero. The subsequent tour of the rubber-chicken circuit turned out to be more of a challenge: 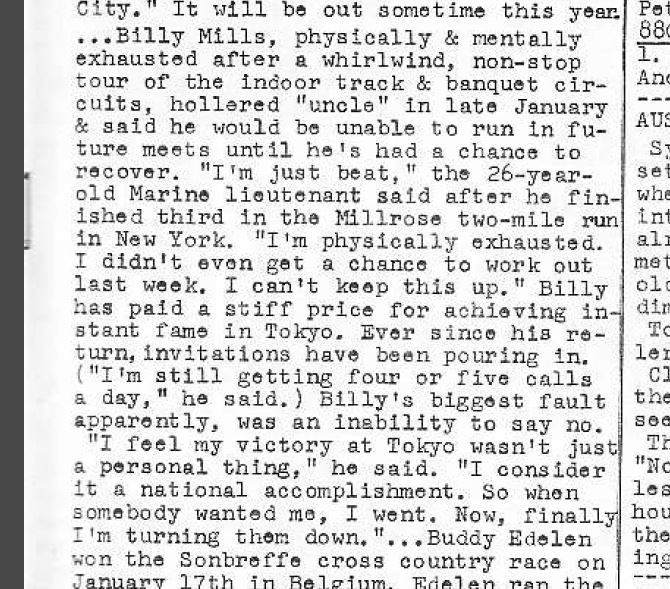 Today, Mills is the national spokesperson for Running Strong for American Indian Youth, an organization he helped found that provides aid to some of the most impoverished American Indian communities in the nation.