(This is the 13th post in a series that started here)

After my last post in this series, I obtained the 5K splits for the 2013 Chicago Marathon. Chicago is a notoriously flat course, as shown in this Boston.com graphic: 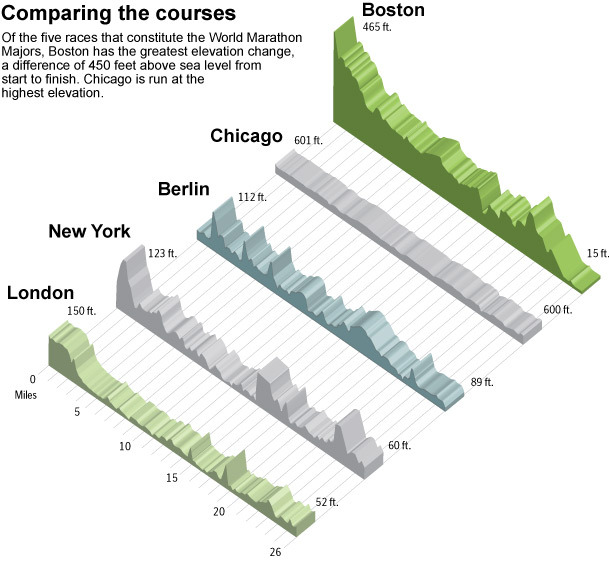 I wanted to see if the trends in runners’ paces over the last 2K on the flatter course were consistent with what we saw at Boston and New York. 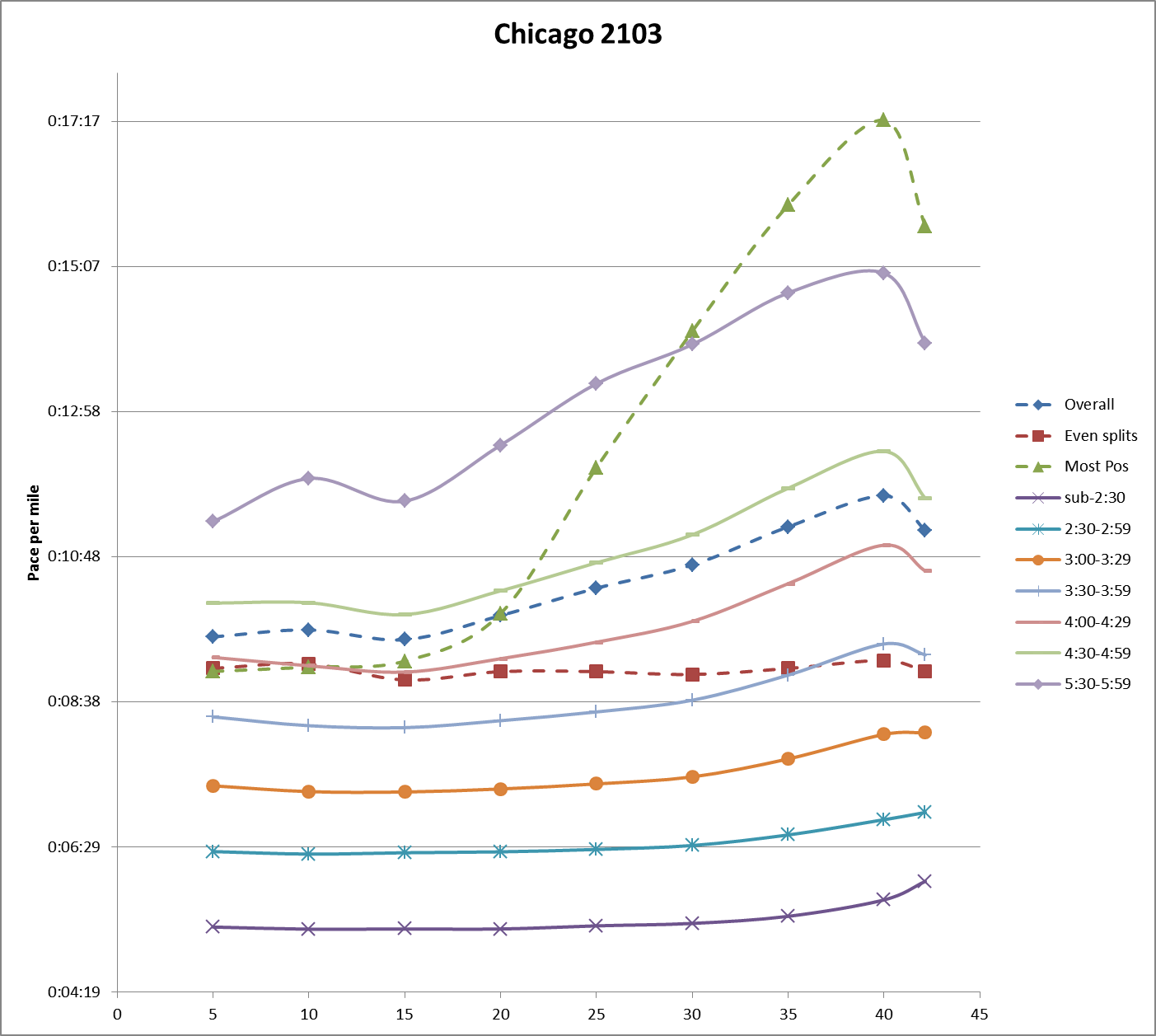 Once again, the faster runners were relatively slow over the last 2K, while slower runners picked up their pace.

The new chart reveals another pattern: as the courses get easier, more groups run faster over the final 2K.  At Boston, the first group to pick up the pace at the end were the 4:00-4:29 runners. At Chicago, the 3:00-3:29 group managed the feat. And at New York, which most people think falls somewhere in between Boston and Chicago in difficulty, the 3:30-3:59 group was the first to speed up at the end.

I look at the difference between 5K splits for men and women in my next post.

7 thoughts on “Another Precinct Heard From: 5K Split Distribution at the 2013 Chicago Marathon”