Whoa! Only two days away from the scale, and look what happened.  It probably won’t help to eat a load of popcorn, but Ruth and her mom are off to Connecticut to visit some of Jane’s old friends and Ruth wasn’t interested in seeing “Ted” so I’m off to the movies while they’re away.

Last week, the Somerville Road Runners started to put together teams for the Lake Winnie relay in September. I’ve already run all eight legs of the hilly 65 mile course around Lake Winnipesaukee in New Hampshire at least once so I don’t need to go, but the race is a lot of fun. SRR often sends up 10 or more 8-person teams and the race is a habitual stop on the calendar for many familiar New England runners, so I have plenty of people to talk to while waiting my turn to run. I’ve been going regularly for years and Ruth and I have made the trip every year since we met.

I didn’t want to sign up for a team that would be depending on me to race. I’ve already registered for three races in the six weeks before Cape Cod, which is probably two more than I should have entered. A fourth would definitely be overdoing it. But Ruth is already on a team, and I figured if somebody needed someone to fill out a team, I’d run.

Then Shaun told me he was trying to put together a three-person team of people interested in running more than one leg. Shaun’s training for the 2013 Vermont 100, so he was looking to get in some extra miles on the hilly Lake Winnie course. Adena is also planning to run Vermont. When Shaun asked her she was up for it, so the three of us formed a team. We’ll all end up running about 20 miles at around a 9-minute pace.  That’s certainly not enough to win anything, but it’s easily fast enough to finish before the course closes. 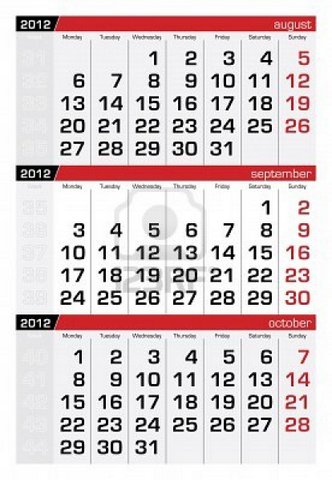 Lake Winnie is Saturday, September 8th.  That weekend was not one of the long run weekends on my training calendar, but I already knew that calendar had a problem. The three short races that I’ve signed up for in September and October all fall on long run weeks. I had been thinking that I could do the long runs on Thursday instead of Saturday and then cruise through the races on Sunday as tempo or marathon pace runs, or if I felt too tired from the long run, as just a jog with a few hundred of my closest friends.

When Shaun asked me to run Lake Winnie, I decided it was time to reassess my plan. I have an extra-long run of 30 miles or more scheduled for next week. That week ends with a 5 mile race on Sunday and is followed by a rest week. I decided to replace the long run in the week after the rest week with a tempo run. Then, starting with the long run at Lake Winnie, I’ll alternate long runs with races for the next six weekends. The Josh is the Sunday before a rest week, so I can race there and have some time to recover afterwards.  I now have a long run at the end of that rest week, but it only needs to be 18-20 easy miles and that shouldn’t cause any problems for the following week’s workouts. Now the other two races can be tempo runs without worrying about being too tired from the long runs.

This plan puts my last long run three weeks before Cape Cod instead of two. I end up with one less long run prior to the marathon, but I’ll still have plenty of 20+ runs in by October.  The extra rest won’t hurt, and I still have a 3-mile race two weeks before the marathon to keep me from going stir-crazy.

The races are all on Sunday so I may have to fiddle with the days I bike and run track, but this adjusted plan seems much more practical.  I get to work in tempo/marathon pace runs without trying to squeeze in three intense workouts in a week, which means I’m much less likely to be overtrained when I go to the Cape.