Skip to content
Home » Blog » Journal » CCM: Back on Track

Last night, Ruth and I went with Ruthanne to a nearby Mexican restaurant for dinner.  Ruthanne is one of Ruth’s training partners.  They trained together last year for the Mount Desert Island Marathon, and they’re both planning on running the Cape Cod Marathon this fall.  Part of the agenda for the night to coordinate their training plans for the marathon with all the things they have going on. 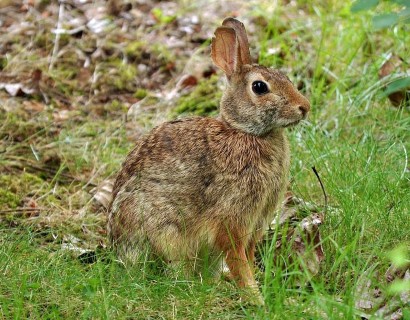 Ruthanne is in our age group, but she’s only been running for a couple of years.  MDI last October was her first marathon.  She followed that up by running Disney in January.  Ruthanne would like to run a little faster at Cape Cod, but she was worried about a lack of progress in her recent race performances.

I’ve been doing this for a while, and I always have an opinion, so both Ruth and Ruthanne come to me for advice.  As we were working through their calendars to set up a plan for Cape Cod, it became apparent what Ruthanne’s problem was.  I shook my head and explained the issue with the tact and delicacy for which I am justifiably famous.  “Ruthanne, your problem is you’re racing too f-king much.”

Since October, Ruthanne had run MDI, followed closely by Disney, then the SRR Grand Prix races, the BAA race series, Pub Series races, USATF races, many races on Thursday at Casey’s, and more.  And she’s got so many races lined up going forward that it was hard to find any time for long runs to get ready for Cape Cod.  She’s even registered for half-marathons on consecutive weekends only three weeks before the marathon.

I told Ruthanne that if she wanted to do better, she had to make some choices. Guacamole clung precariously to the tortilla chip in my hand as I waved it to emphasize that all this racing was a bad idea.   If the marathon was her primary goal, she needed to skip some races to have time to training, and just as importantly, time to recover, so she’d be fresh and ready to run in October.  Racing can be so much fun that it’s easy to let your enthusiasm get the better of you, but you can’t get greedy and fall in the trap of trying to do everything.

The next day, while I was getting ready to go out for a bike ride, I got back to thinking about my own plans for the fall.  I was worried about the speed I was losing to age and wear and tear, so I had the idea that I needed to follow a fairly strict training schedule for Cape Cod, with a little more bulk and a lot more speedwork than I’d been doing, to make up for it.  I was totally ignoring the fact that even when I was younger, whenever I tried a plan like that I always ended up either injured or overtrained or both.  Then yesterday, I got all excited about the possibility of getting into the Stone Cat 50, and was ready to jump into that while still trying to run Cape Cod.

I realized that I was trying to do too much, just like what Ruthanne was doing.  I could change a few things, maybe do some more cross-training instead of easy runs, or ease into light speedwork a little sooner, but I needed to stick to what I’d learned over the last twenty years about what works for me, and avoid taking on too much high-intensity work because of some misplaced fear of getting old.

The fact that my usual plan is heavy on long, slow runs that might prove useful if I get into Stone Cat – well, that’s just a coincidence.

I went out on my ride and it was a bunny day.  Ruth and I have decided that seeing a bunny while we’re out for a run (or ride) is a hare-binger (hah!) that things are going the way they should, so I knew I was right.

Later that morning at the coffee shop, when I met up with Ruth and the Sunday morning crew after their run, I thanked Ruthanne for her help in straightening me out.  This coaching thing goes both ways.