Skip to content
Home » Blog » Journal » CCM: Where I’m At

Today is an off day.  I usually do some strength training on my off days, but I got that in yesterday morning so today I have no exercise planned at all.  I’ve already cleaned the house and done the laundry.  Maybe I’ll sneak in a paddle? 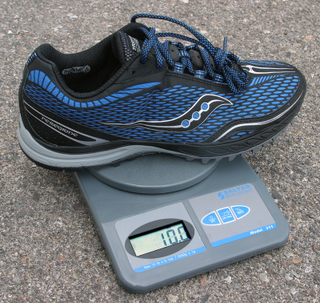 Anyhow, an off day on a rest week seems like a good place to take stock and let you all know where I’m at right now, before  I start serious training for Cape Cod.

For those of you who don’t know me, hello!  I’ve been running road races for over twenty years, and I’ve completed well over 200 races of all distances, including 19 marathons and a number of ultramarathons.  That’s the short description – for the longer version, see my book, “Chasing the Runner’s High”.

I’m 51 years old (that still sounds weird to me), 5’8” (in my shoes) and about 150 pounds.  I’m currently self-employed as a writer, computer support guy, and house-husband.  None of those of pay very well (except for house-husband – thanks Ruth!), but I have a flexible schedule which usually allows me to get my running in.

There are four things I look at to make an honeset assessment of the shape I’m currently in. That’s something I need to do before setting my goals for Cape Cod and building a training plan.  Those four things are:

I’ve been averaging about 35 miles per week so far this year.  That’s more than what I usually average over the year.  I’m not really running more mileage each week, but I haven’t had to take any injury breaks, so the average is higher.  I’ve also started to add in some biking for additional bulk miles, but I’ve only been doing that for a few weeks.

35 miles per week isn’t much, but it’s just as much if not more than I did while training for ultras.  Of course, back then some weeks would total up to 60 or 70 miles, but that was mostly because of an extra-long training run or a race.  The average was about the same.  The few times I’ve tried to drive the average up any higher, I’ve gotten hurt.

Most of my miles are at a comfortable pace, which is 9 minutes per mile, more or less.  I’ve run 18 or more miles ten different times since January, including one trip along the Boston course with Hassan Haydar and one 30 mile run.

I haven’t been doing any speedwork except for races and the odd slightly faster trip around the course at Casey’s on Thursday.  I suspect avoiding speedwork has more than a little to do with my luck avoiding major injuries.  That’s not to say that nothing hurts.  I’ve got plenty of aches and pains, but if I stopped running just because something hurt, I’d never run.

I haven’t been resting much.  A day or two after a long run or a race, but that’s all.  I haven’t had a real rest week, with low mileage and no races, since February.

What with age, the lack of speedwork, and the lack of rest, my race results have been a little disappointing.  I’ve run three 5Ks, and they’ve all been over 21 minutes.  And I was over 35 minutes at the Doyle’s 5 Miler.  The Herring Run 5K was actually just over 22, though I was still a little tired from the run on the Boston course less than a week earlier.  It’s getting tough to run under a 7 minute pace for any distance.  I did manage a 6:15 mile (GPS timed) at the 26×1 Relay last weekend, but I wasn’t exactly pleased by that either.

So that’s where I am.  I could drop in at a marathon at any time (in fact, I’m doing the Bear Brook Trail Marathon in three weeks), but I probably wouldn’t be able to run a fast marathon, whatever that might mean.  Not today, anyhow.  Let’s see if I can change that before October.