Ruth and I went to the Bank of America Pavilion for the June 9th show by The Decemberists. We originally had tickets for that night’s Red Sox/Yankee game, but through some brilliant planning (I accidently bought the concert tickets without checking the game date first) we went to the concert, swapping the baseball tickets for a game on April 26th instead. As it happened, it was cold and damp for the concert but at least we were under a roof.  The weather for the night game in April was wonderful, so we won!

Robyn Hitchcock and the Venus 3 opened up with a fine set of his psychedelic-pop-folk-rock.  REM’s Peter Buck was in the band, and The Decemberists’ Colin Meloy sat in for a song. 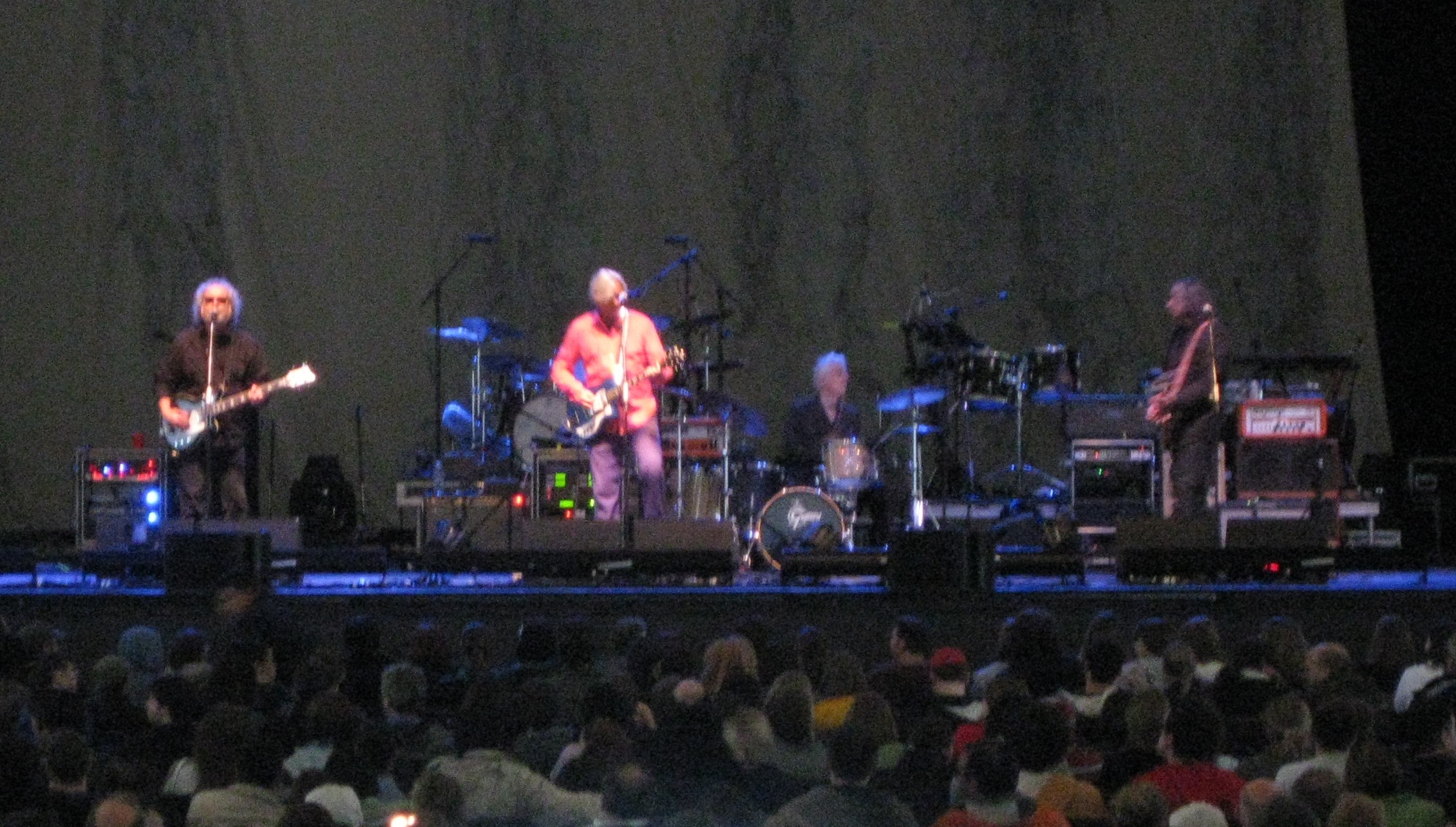 Then The Decemberists came out and ran through their latest, the “Hazards of Love” concept album, in its entirety.  I enjoyed the music much more than I had on the CD.  The songs came across with a lot more intensity.

For “The Rake’s Song”, they went with five drummers. 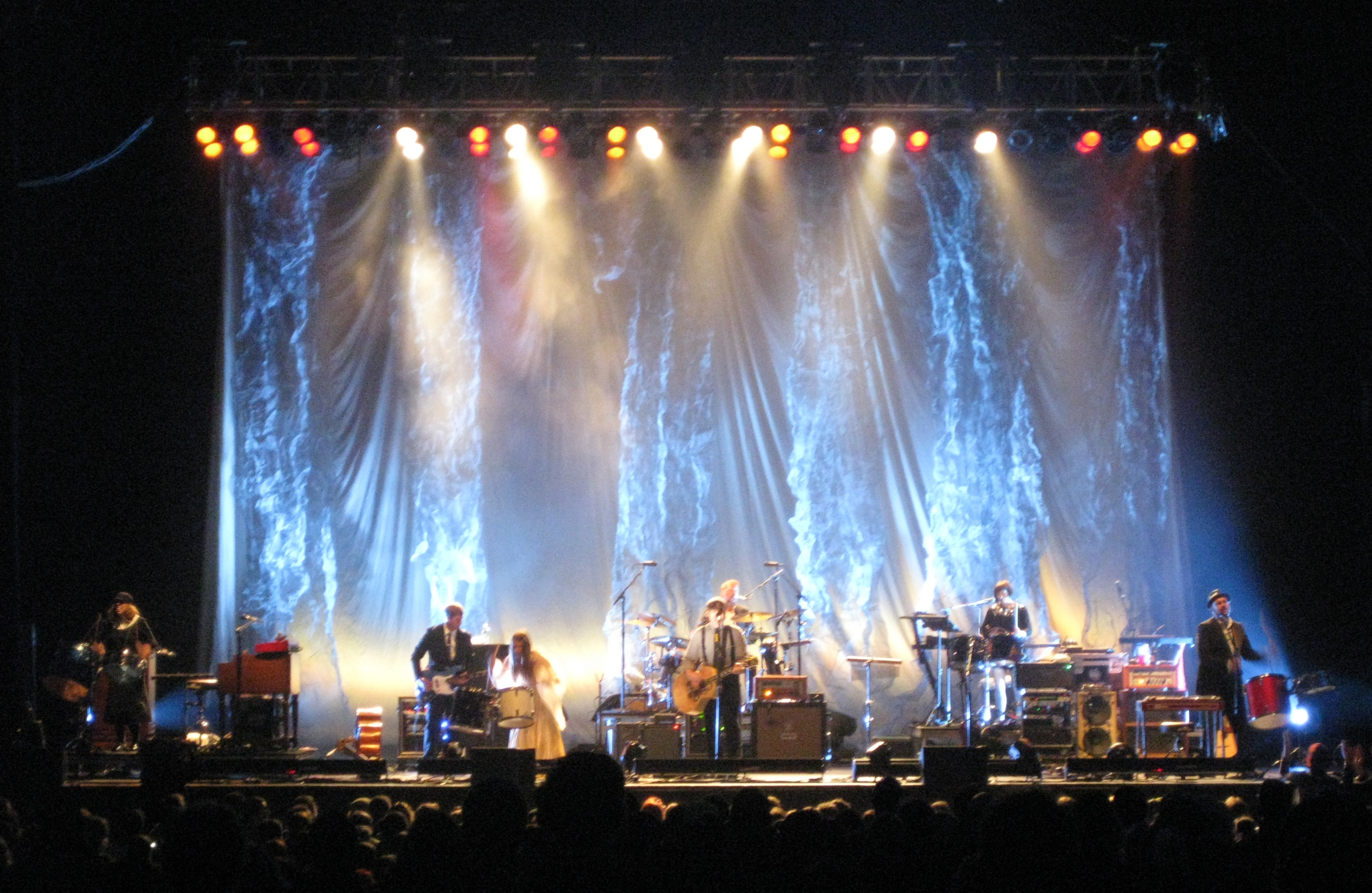 Our seats weren’t that close, but the sound was good and the Pavilion has giant video screens on either side of the stage to help out. 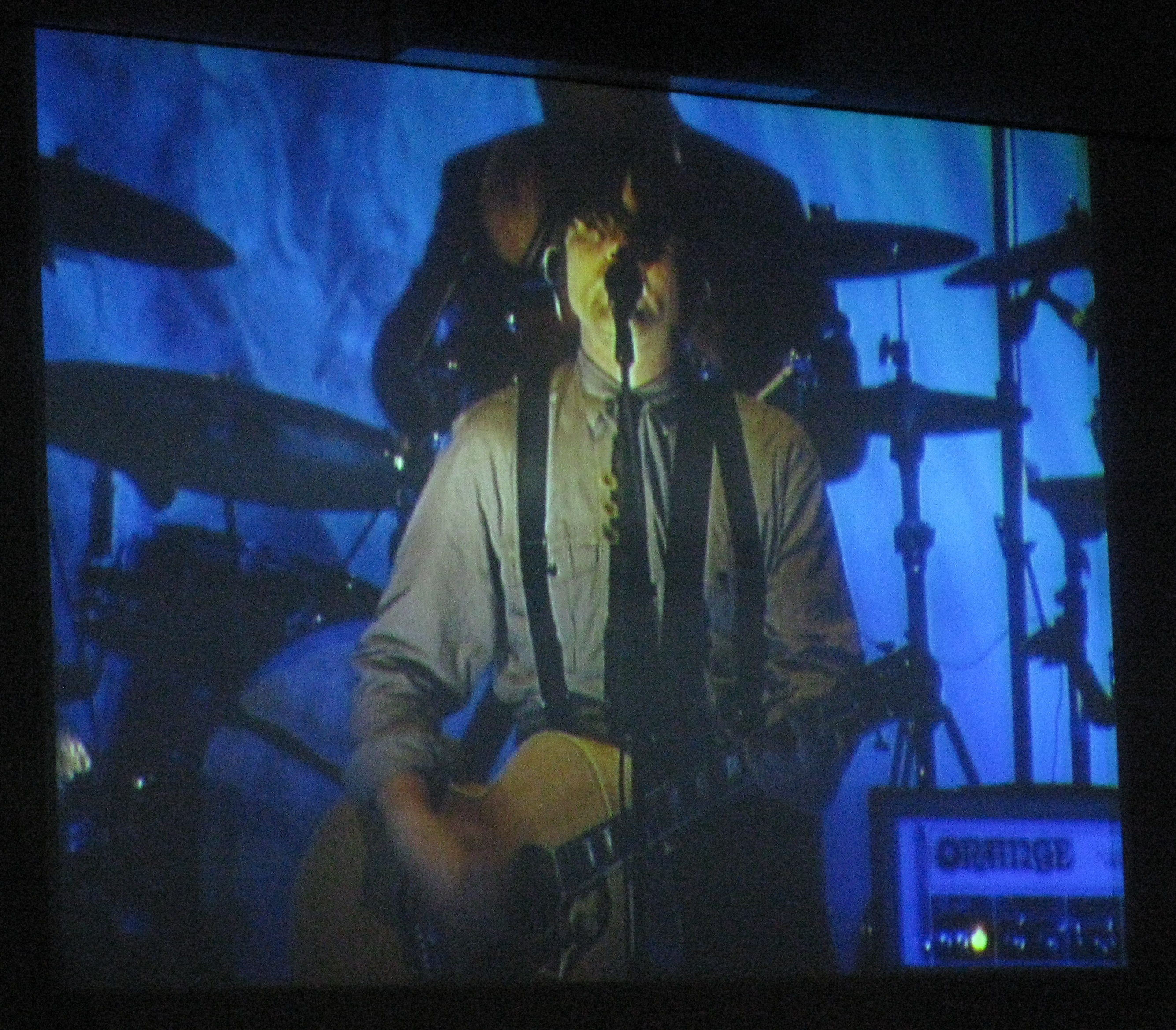 The show wasn’t sold out, so it wasn’t too hard to spend some time closer to the stage.

The tent allows for some interesting lighting effects, both inside:

and out. Here’s a view of the structure that supports the tent: 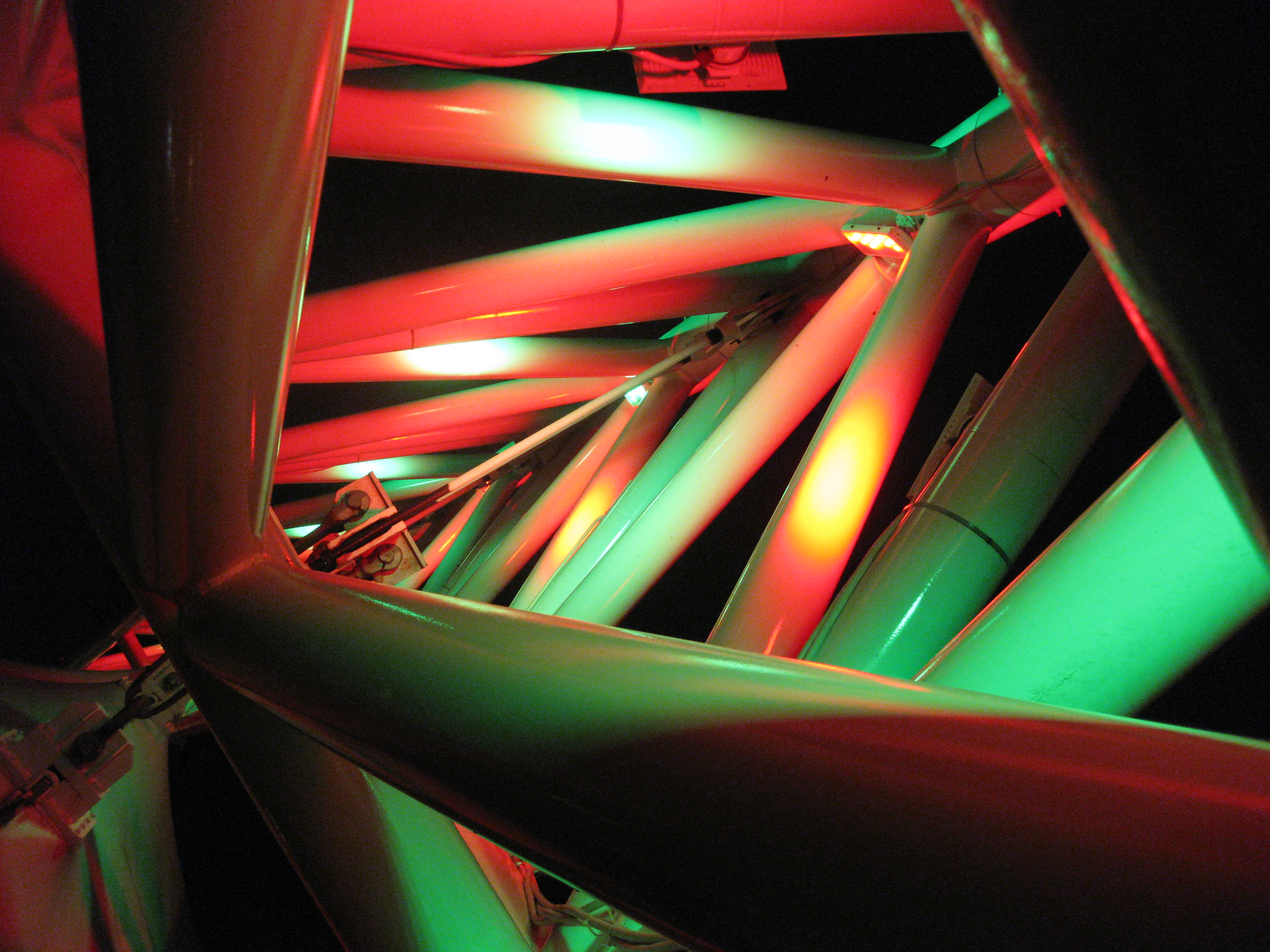 After a break, the band came back and went through some of their more popular older songs.  They were more playful, incorporating a cover of Heart’s “Crazy On You” and a segment where they pulled people from the audience to attempt to play guitar. 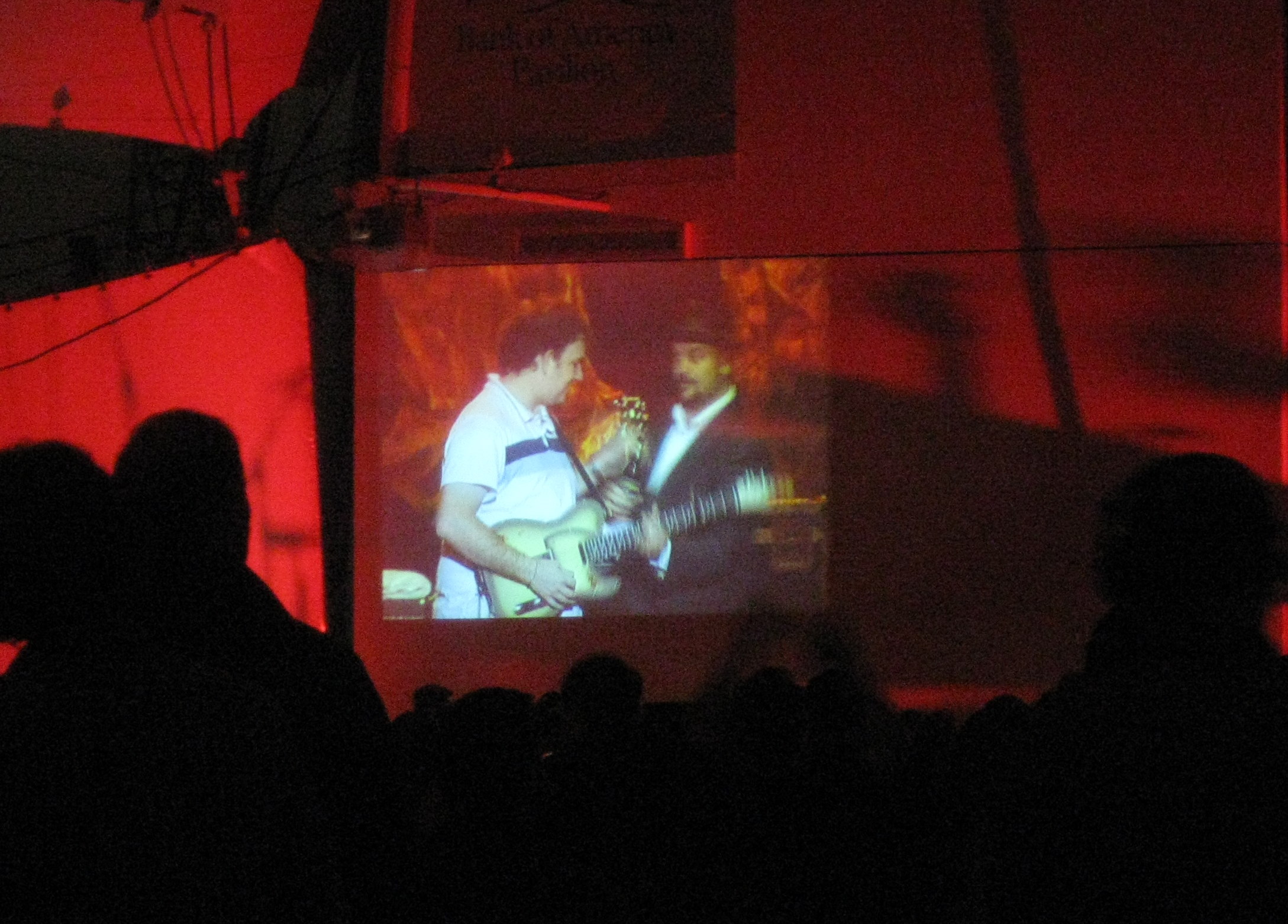