Ruth and I were at Fenway last night for the final game of the first Yankee series of the year.  We originally got standing room tickets for the June 9th game through the online lottery.  Then I bought tickets for the Boston Decemberists show without checking the date first.  D’oh.  But a swap request posted on Craigslist came through, and we ended up with tickets for a late night game in April.  Luckily, summer decided to make an early appearance.  It hit over 80 during the day, and was still in the 60’s at gametime.

We ended up in the center-field bleachers in section 37, row 22. The view was pretty good, considering the distance.

The atmosphere was oddly optimistic. There wasn’t the usual feeling of impending doom. Maybe two World Series championships in the last 4 years and two comeback wins in the previous two days has had an effect.

With the score 2-1 Red Sox in the 5th, Jacoby Ellsbury did something I’d never seen before. 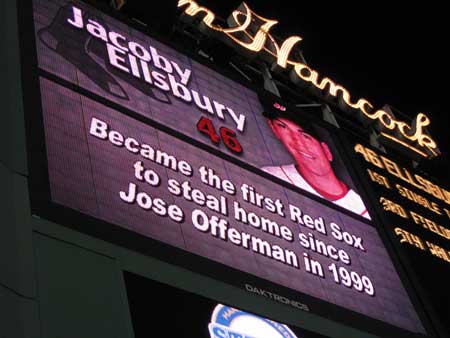 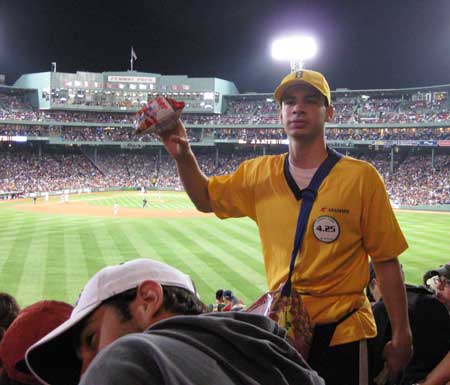 and we rode in on our bikes so we could get back.  A typical Sox-Yanks game would have lasted until after the T closed for the night.  But Justin Masterson and the Red Sox bullpen shut the Yankees down and the game was over a little after 11, so we could have taken the T home after all.

One thought on “Sweep!”