Last night, after a meat-fest at Redbones, Ruth and I went to see Spider John Koerner at the Unity Church of God in Somerville. The show was part of the notloB Folk Concert series.

Elizabeth Butters opened up with a set of morbid traditional roots music, which was oddly affecting in her little girl voice. 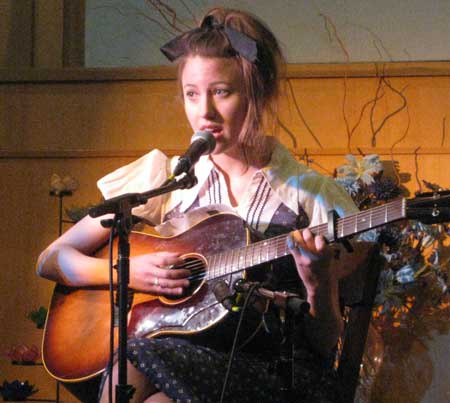 She was accompanied by a substitute for her usual partner, and it was interesting to watch him learn the songs on the fly by watching Butters play. 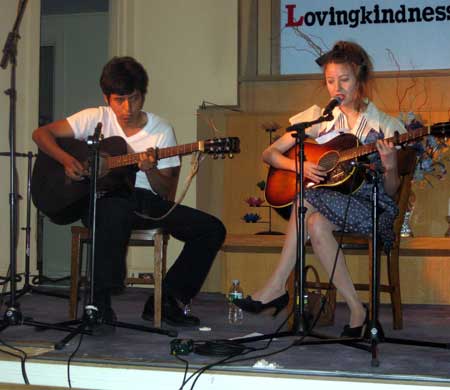 Then Koerner came out and played a strong set.  He’s 70 now, but his voice hasn’t changed appreciably from how it sounded in the 1960’s. 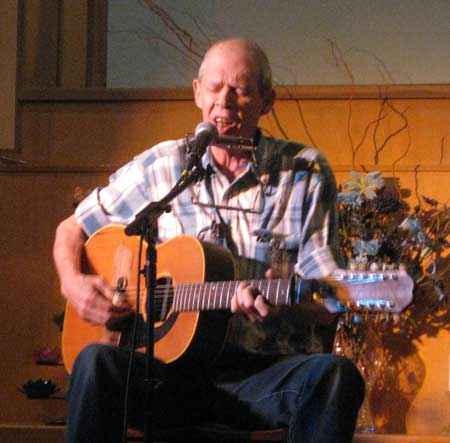 His band accompanied him on  fiddle and washtub bass while we watched from rock-hard church benches.

From time to time, they’d switch to spoons and Jew’s harp. 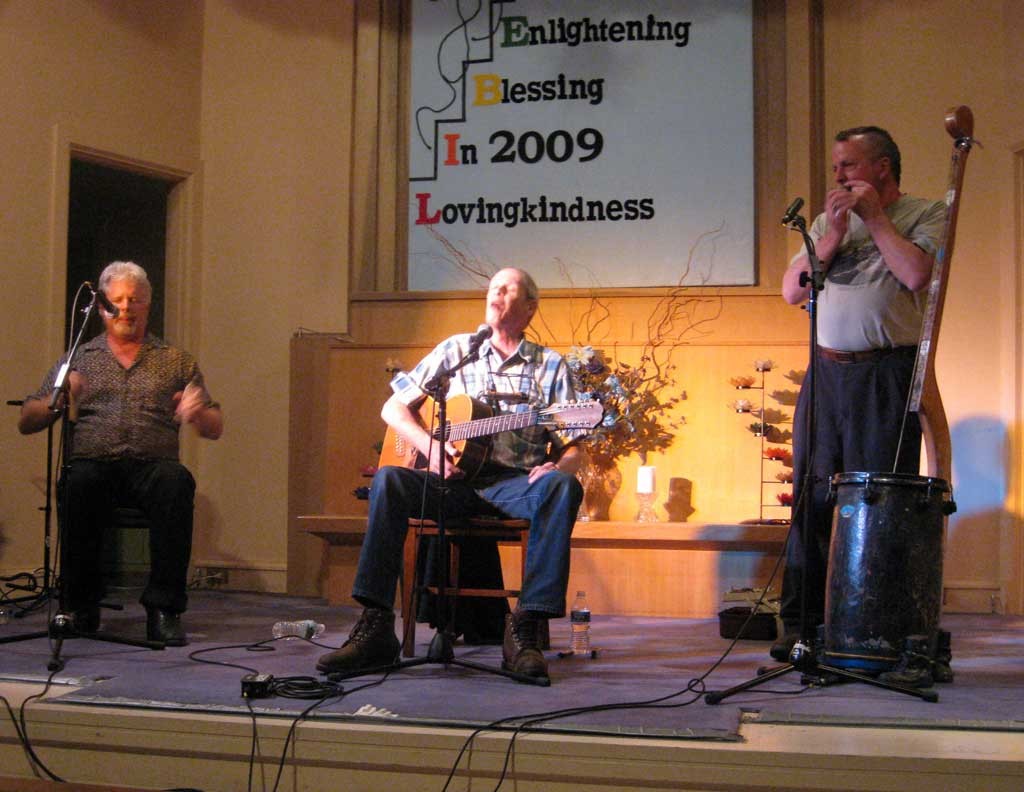 And every once in awhile, Koerner would tell a joke. 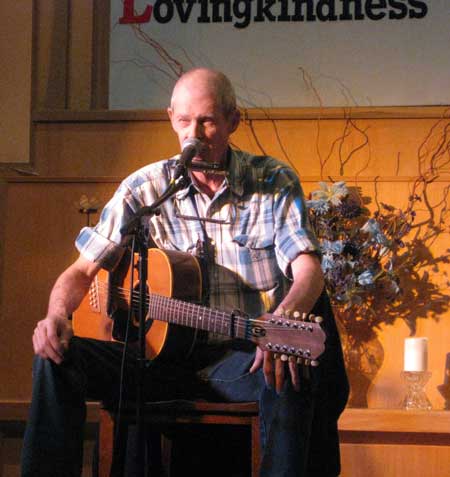