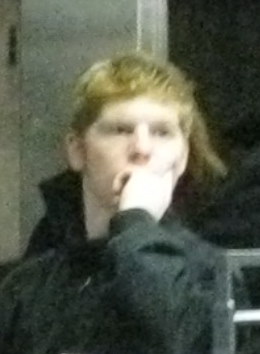 “People seem to get a lot of comfort from religion.  But they seem to believe in some really cruel, unreliable gods.  Do they think they deserve to suffer?

“My “god” wouldn’t need my worship.  He’s not an insecure power that needs constant reassurance, especially not from beings he can control. Not that he’s a micromanaging god.  He leaves us to our own devices most of the time.  Still, he’d appreciate it when we try to make the world a better place for us all, and he allows for our weaknesses when he does check in, as long as we’re trying our best.  He wants us all to be happy, and if we make the effort, he does what he can to help.

“I think I’ll call this power “Fred” to keep from thinking of him as one of the gods worshiped by institutional religion.  Hopefully I won’t anthropomorphize Fred into a human “him” in spite of the name.  After all, I’m hoping that Fred is kinder and more consistent than most of the humans I know.  Fred won’t remove all trials and trouble from life, because Fred realizes that humans need to be tested in order to reach their potential.  But if I go out and persevere in making a good faith effort to do unto others as I would have them do unto me, Fred will do his part to ensure that things work out for the best in the end.

“I’d like to believe in an omnipresent being, one that wants me to be happy.  It’d be comforting to believe that something was looking out for me, with my best interests at heart. Fred may not really exist, but I should be acting like he does anyhow, right?  Can’t hurt.”