A story I’m working on is about running a marathon in a space station, one of those old-school science-fiction wheel-shaped living spaces that spin to create artificial gravity for the inhabitants.

One way I procrastinate while waiting for ideas to pop up from my subconscious and move the plot along is by playing with some of the implications of running in that environment.

In some ways, running along the rim of a rotating torus is like running on a treadmill, in that multiple frames of reference come into play.

When you run on the spinning belt of an earth-bound treadmill, within your personal frame of reference, you can be running at quite a clip, but because the belt is spinning in the opposite direction, to the world beyond the treadmill, you aren’t moving at all.

Of course, this assumes you’re running against the direction of the belt’s spin. It’s a fairly safe assumption in most cases. If you try it the other way around, there’s a short, happy moment where, to the outside world, you appear to be zooming along twice as fast, until you abruptly run out of belt, fly off the back of the treadmill, and gravity brings you to an unceremonious, and often painful, halt.

There is no gravity when you’re in outer space, running along inside of the rim of a toroidal space station. Well, to be picky, there is gravity, but because it acts equally on both you and the space station, from your point of view gravity doesn’t exist. Instead, your inertia and the centripetal force generated by the spinning station create an artificial gravity effect that keeps you connected to the rim.

You may remember the formula for centripetal acceleration from high school physics (I had to look it up):

where ac = centripetal acceleration, v = velocity, and r =  the radius of the circle.

You feel that as a force directed away from the axis of rotation, which you calculate using this familiar equation: 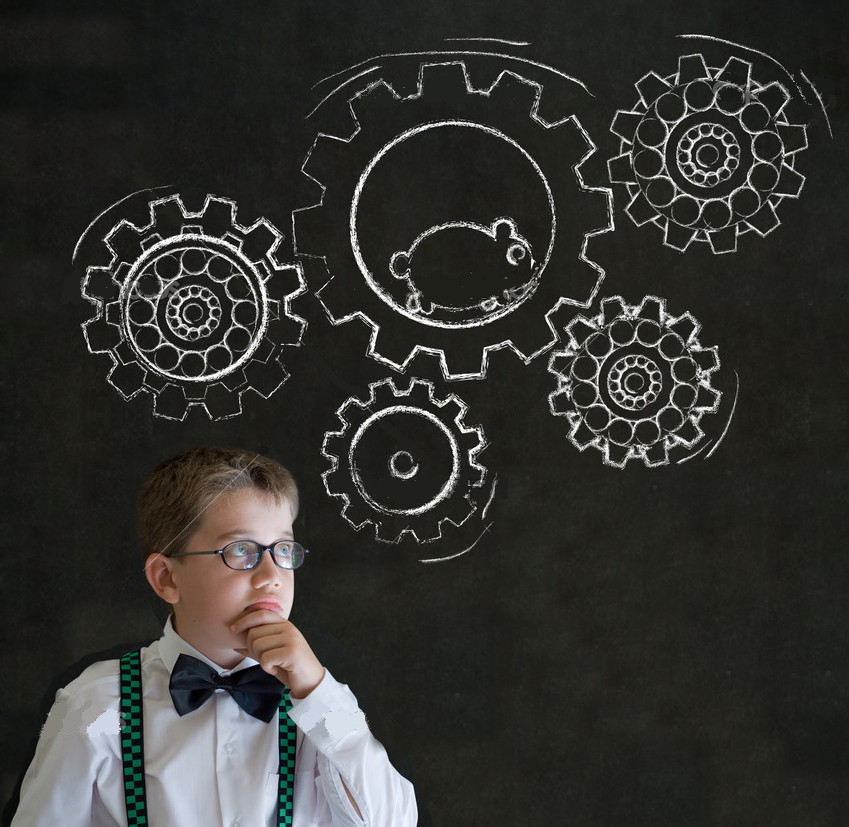 Now let’s run a few numbers. Since we’re in space, we should use the metric system and be all science-y, but since I’m in a road runner in the US, I still think in English units, miles and the like. I’m going to switch willy-nilly from one system to the other, and you’re just going to have to trust that I do it accurately.

If we want to create an earth-like feel on our space station, we’d want to spin the wheel so the centripetal acceleration is equal to 9.8 meters/second2, the acceleration due to gravity on the earth’s surface.

Runners usually think about distances in miles, so let’s start with a space station that’s one mile in circumference and see what we get. A circle with a circumference of one mile has a radius of 256.1m.

When you plug those numbers into the centripetal acceleration formula and solve for v, you get 50.1m/s, which a pace of a little over a half-minute per mile.

The runner’s speed adds to or subtracts from that velocity, depending on whether he is running with the spin or against it, just like the earth-based treadmill.

Suppose our runner is traveling in the direction of the spin. That means when you calculate the effective centripetal force, you have to add his speed to the rotational speed of the station. More speed = more centripetal acceleration. More acceleration and the runner feels like he weighs more.

So his v is now 55.5 m/s. That means ac now equals about 12m/s2, which means when he’s running with the spin at his usual pace, he feels like he weighs about 183 pounds.

But as our runner gets “heavier”, he won’t be able to run as fast. By one estimate, runners lose about 2 seconds per mile for every extra pound. We have to take that into consideration in our calculations. At 183 pounds, our runner would slow to about 6:06 pace, a 2:39:48 marathon. But at a slower pace, he wouldn’t “weigh” quite as much, so the actual pace is somewhere between 5:00 and 6:06/mile. I’ll leave the exact numbers as an exercise for the student (because I can’t figure out exactly how to do it – my calculus is rustier than a ’67 Nova).

Now let’s turn our runner around so he’s running against the spin of the space station. Now we subtract his speed from the rotational speed, so v= 44.7m/s, ac=7.8m/s2, and his subjective weight drops to 119 pounds.

With the 2 seconds he gains for every pound he loses, now he’s running a 3:58 mile, a 1:43:56 marathon. Actually better than that, because now the change in speed is working to make him even lighter, and thus, even faster. Take that Kenya!

This is where it gets really cool. Remember how our Earth-bound treadmill runner has to be careful which way he runs? Go back to ac=v2/r. Imagine spinning the station a little slower, or making the radius a little larger. It wouldn’t really take all that much to get to where our space-bound runner can totally counteract the centripetal force and run in zero gravity! Finally! A marathon you can run in complete comfort!

OK, long before he gets to zero-G, our runner would start bounding, lose traction, lose control, and mimic our earth-bound treadmill runner with an embarrassing crash. But it was fun to think about, wasn’t it?