Skip to content
Home » Blog » Running » Is the qualifying period for 2014 Boston Marathon already essentially over? 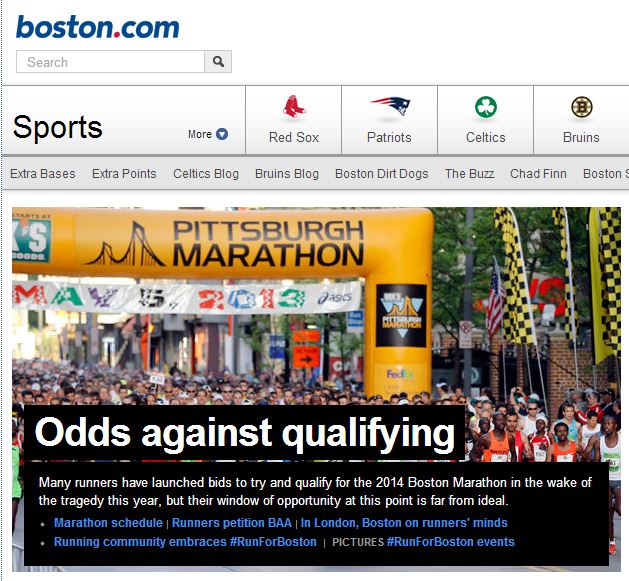 My article, Slim window of opportunity for runners hoping to still qualify for 2014 Boston Marathon, was published on Boston.com today.  It explains how the qualifying period for Boston 2014 is already essentially over (unless the BAA opens up the field).

Since I wrote the article, the Vancouver, Providence, and Eugene marathons have been added to MarathonGuide.com’s Boston qualifiers lists for 2013. In 2012, the three races  totaled 1214 Boston qualifiers. In 2013, there were 1131. The lack of any increase may not prove my point, but it definitely doesn’t contradict it.