Once upon a time, I looked into what it would take to make Chasing the Runner’s High into an audiobook. I found a service that supports self-publishing audiobooks, but creating the audiobook file turned out to be a challenge. I could do it myself, which would take a massive amount of time to do poorly and even more time to do well, or I could hire it out and spend over $1000 for something that was unlikely to bring in more than a few bucks in income. So I decided to give the idea a pass.

Then I signed up to run Boston as a guide for Team With a Vision. The irony of selling books to support vision-impaired people did not blindly pass me by, so I’ve been investigating some of the tools available to vision-impaired readers.

I found that text-to-speech conversion has come a long way since I first played with it on my Commodore 64. For example, my iPhone comes with VoiceOver, a screen reader that can be used to convert ebook text to sound. It’s not quite as good as a human reader, of course, but it’s more than adequate for most purposes.

Last weekend, Ruth and I were sitting in a coffee shop in Porter Square when Sally, a young blind woman, came in with her guide dog and sat down next to us. She was there to help her friend manage accessibility issues for the graduation ceremony at Harvard. Mild ADHD makes me an inveterate shoulder-surfer, so I saw that Sally had all kind of tools for vision-impaired users running on her laptop and we got into a conversation about them.

It turns out that Sally’s also a runner (coincidentally, she’s been guided on a few runs by Ken Skier, a mutual friend). She told me that she was a little frustrated with the number of sports books available for blind people though, as she put it, “I can read more than I ever want to know about Helen Keller.” She was happy to find that my books were available from Google, because her Android phone has text-to-speech tools that work with Google Play. She also liked that my books were available through Smashwords in simple formats like RTF or plain text that she could feed to her laptop’s screen reader applications.

Unfortunately, because most ebooks from major publishers are defective by design (encumbered with DRM), blind readers are usually stuck with the tools supplied by the ebook vendor. They may not work very well. For example, Sally mentioned that she didn’t like the tools available from Amazon for the Kindle. 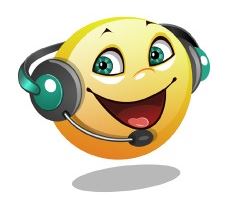 I did some asking around. Erich Manser, another Team With a Vision volunteer, pointed me at Balabolka, a free text-to-speech app for Windows computers. Balaoolka can read many kinds of text files, including common ebook formats like epub and mobi/azw (Kindle books).

Even better, you can use Balabolka to convert your book to speech and then save the resulting audio as a MP3 file. Voila! Instant audiobook!

Here’s a sample, using the default voice that comes with Windows 7:

Since everything sounds more intelligent with a British accent, here’s another version:

Other voices are available for free, including some foreign languages.

OK, it’s a little robotic, and words like “Charbonneau” are a problem. If I were going to turn my entire book into an audiobook, I’d need to do some editing and perhaps help the computer improve its pronunciation of certain words with a little creative spelling. But for the price and the effort involved, it beats the hell out of the alternatives.

Of course, Balabolka only works with DRM-free files, reason #23,475 to avoid DRM.  It’s a shame there’s no way to remove DRM from Amazon’s ebooks.