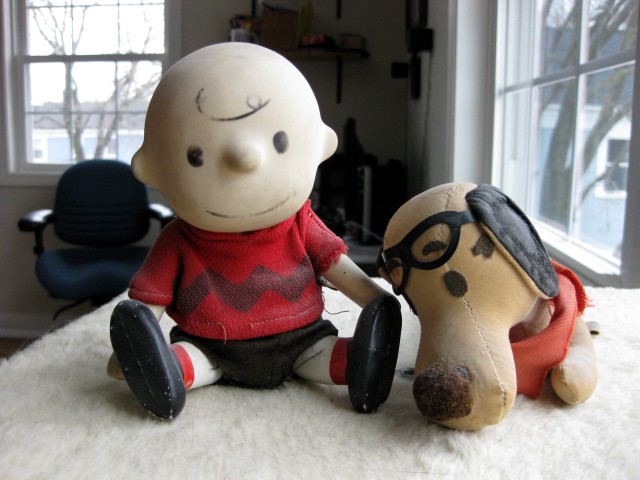 Charlie Brown is probably the oldest personal property I have.  My Aunt Mary gave him to me sometime in the mid-60’s, while we still lived in North Syracuse.  Snoopy was my grandfather’s   He may actually be older than I am.  Today, his flying ace scarf is too fragile to re-tie.

In the late 50’s and early 60’s, Peanuts was probably as popular, if not more popular, than The Beatles.  Both held on as the epitome of “popular culture” for a long time, well past their actual reign on the top of the mass-media pile.  Both are now regarded by (ahem) younger folk the way I think of Frank Sinatra or Elvis. Time passes.