Ruth and I ran 4 miles together this morning before she headed off to work.  Usually when we run together, Ruth goes out a little too fast and has trouble keeping up the pace.  We went out at about the same pace as usual today, but this time Ruth kept edging faster as we went along.  We averaged about a 10:15 pace, and I was the one intentionally keeping it down to that speed.  I think my wife is going to have a good run on Sunday.

The weather forecast for Falmouth has deteriorated since I started keeping an eye on it.  The forecast for the 28th currently calls for cloudy (good), temps in the upper 50’s to low 60’s (could be worse), 13-14 MPH winds (meh), and nasty humidity levels (uh-oh), with some talk of a tropical storm system hitting the east coast by the second half of the weekend (aka “race day”).  Given the choice, I’d rather have a full-out storm than a day that’s “only” too warm and too humid.  At least running in a storm would be interesting.  Of course, there’s nothing to be done about it, other than wait and see. 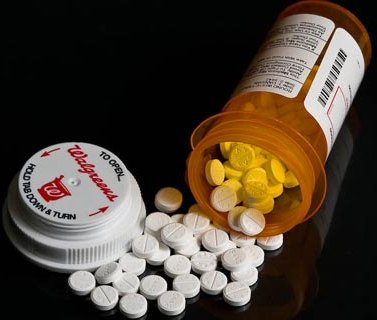 My neck is still a problem, so my doctor wrote me a prescription for a steroid called Prednisone.  Prednisone is a glucocorticosteroid that’s used to reduce inflammation. It isn’t an anabolic steroid, so it doesn’t enhance performance, but it’s still banned by the World Anti-Doping Agency because, well, just because.  So don’t tell anyone.