I came up with a new way to lose sleep last night.  A little before 3 AM I was woken by a flash of lightning, a rumble of thunder, and a stampede of frightened cats.  I lay there, listening to the rain pounding on the roof, when I realized that it was fall in New England.  That means leaves.

Our garage is dug into the ground under our house, well below the level of the road.  The driveway has a catch basin at the bottom to drain off any water so it doesn’t pool up against the house.  There’s also a storm drain in the road at the top of the driveway.  When leaves clog the storm drain in the road, water backs up and pours down our driveway instead.  That happens a lot.  When the leaves wash down and clog the catch basin grate, our driveway floods.  That happened for the first time earlier this year.

The garage door keeps most of the water out but some seeps through.  I learned a valuable lesson that day – when water is seeping into the garage, DO NOT open the garage door.  So last night I put on my boots and my raincoat, went down to the garage to get the rake, and then went back up through the house and out into the storm to wade into the pools of water to clear the drains. 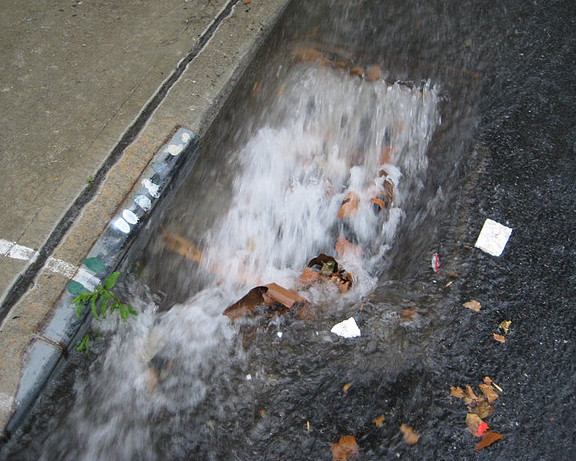 A half hour later the drains were cleared, the floodwaters had receded, and I was back in the house.  I poured the water out of my boots, hung my wet pajama pants and socks in the shower, and went back to bed.  By that point I was wide awake, as were the cats.  The rain was still pouring down (we ended up with about two inches) and my neck was bugging me.  I didn’t get much sleep the rest of the night.

The alarm was set for 6:30 so Ruth could get up and meet with her friends for a 10 mile run.  I got up and ran 8 miles on legs tired from lack of sleep.  One cup of coffee before the run wasn’t enough to get my brain in gear.  I forgot to put my toe cap on, so by the time I returned I had a blister on the bottom of my big toe, my first one in months.

In related news, I have a marathon in a week.  This hasn’t exactly been the triumphant march to the Cape I was hoping for.

Later in the morning I went down to Union Square in Somerville to see if an acupuncture session would help with my neck.  If I’m honest with myself, I’m pretty sure the only benefit from acupuncture is that it forces you to settle down in one position and relax for a while, since if you move you’re likely to drive a pin into your body.  But at this point I’m ready to try anything.  If it distracts me for a little while and does no harm, then it’s a win.

Open Space Community Acupuncture has the virtue of being cheap, partly because they treat multiple people at the same time in a shared common space.  The drawback is that it’s in the city.  There was a farmer’s market with a blues band in Union Square today.  The music drowned out the soothing ocean noises that were playing in the room, but it turns out that blues guitar goes well with needles.  Ask Eric Clapton or Danny Whitten.

I got a little rest there and a little more at home this afternoon.  Hopefully it will be enough to get me to Great Scott tonight.  My friend Jonah’s experimental hard rock band Milligram has gotten back together for a couple of shows after more than 10 years away.  Milligram probably won’t go on until about midnight, but once I get to the club the music should be loud enough to keep me awake.  Milligram is to the blues at the farmers market as an iron maiden (note: not Iron Maiden) is to acupuncture. 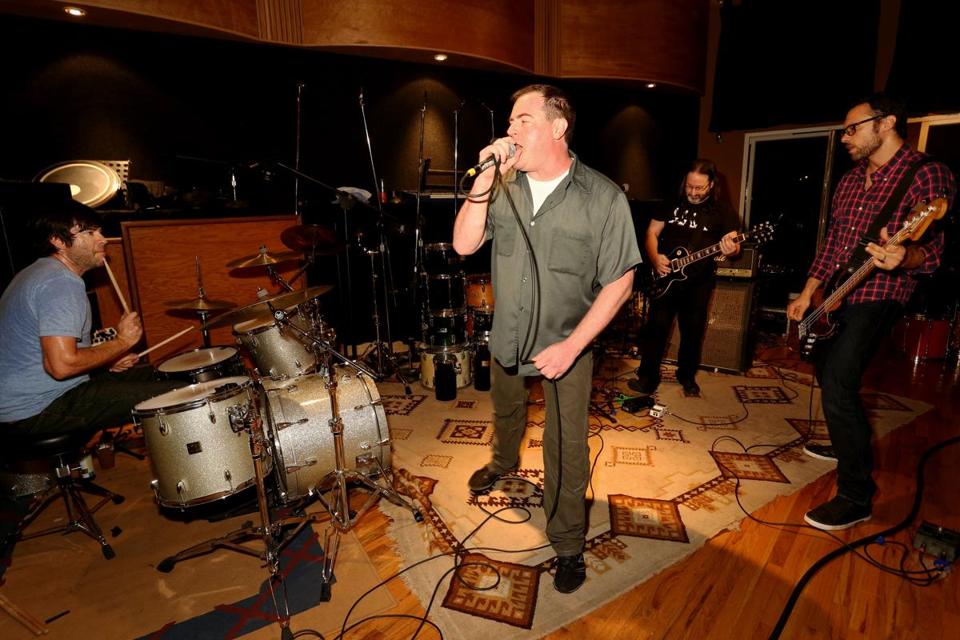