I decided to go to the improv meetup in Harvard Square last night. Some of my old improv buddies were there, and Brad, the teacher from my puppet class, also made an appearance. We had fun, even though someone called the police on us at one point. I guess our improvised anger was a little too realistic.

The only downside was that the meetup went on well past 10 o’clock.  Even though I didn’t hang out to socialize afterwards, it was midnight by the time I made it home and got to sleep. That meant that 5:30 arrived exceptionally early this morning, a reminder of the reason I don’t go to the meetup very often anymore.  At least I had a double-bunny bike ride back from the subway station. 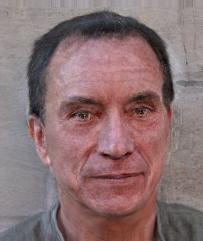 Sometimes it’s hard for me to accept that I can’t stay out late and then get up the next morning and get to work the way I used to. Last night, a young woman told me that I reminded her of her uncle.  That didn’t help, but I was grateful that she wasn’t comparing me to her Grandpa – yet.

It’s also hard to adjust my expectations about running to match my age.  It helps that there are plenty of other older people around when I go to a race, but I still haven’t accepted that no matter how hard I work, I won’t be able to run as fast as I could 10 years ago.  Inside my head, I haven’t aged a bit.  As Ruth says, “growing old is mandatory, growing up is optional.”