The key workout this week is my last marathon+ long run before Cape Cod.  After this week I’ll still do long runs, but they’ll be 18 to 22 miles at most.  This week I’ve got a 32 mile run planned.  I want to make sure I’m ready for it, so I’m going to make a few adjustments.

My usual schedule would put the long run on Saturday, but I’ve got a 5 mile race that’s part of the Pub Series on Sunday.  The race is more about completing the Pub Series rather than actual racing, but I’d still like to put a little space between it and the long run.

I could do the long run early in the week, but I’d rather not run 32 miles when the temperature and humidity are both approaching 90.  The hot, sticky weather is due to break Thursday, so I’m slotting the long run in on Friday. 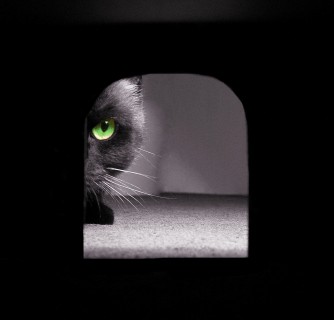 A 32 mile run and a 5 mile race in one week is a lot for me, so I’m going to be extra conservative the remainder of the week.  So far, I’ve avoided any acute injuries, and I’d like to keep it that way.

Even if I wasn’t worried about breaking down, if I do my usual week of track on Tuesday, a long bike ride on Wednesday, and Casey’s on Thursday, I won’t be rested enough to run extra long on Friday.  So this week I’m going to run 8-12 miles on Tuesday in place of track, do a shorter ride on Wednesday, and then take Thursday off.  That way I’ll be ready for Friday.

By skipping track, I’m also cutting the workout that takes the highest toll on my body.  I’d like to get the speedwork in, but the long runs are the core of my training plan and they come first.  Also, I’m beginning to feel some wear and tear, especially in my back and hips.  A week away from the track might cost me a few seconds in October, but piling too much work into one week could cost me the entire race.  Repetitive stress injuries can get worse slowly until they creep over the line from “annoying” to “problematic” without me noticing it and it’s too late.

I’ll take this week away from the track.  Then next week is a rest week, and after that, it’s time for a few weeks of hill repeats to build more leg strength.  I’ll be able to save my back and my hamstrings for the last three weeks of track and the marathon.  Hills are hard, but the stresses are different.  There’s less pounding, but more strain on my tight calves and the plantar fascia in my feet.

Who knows?  With any luck, when it’s time for me to go back to the track, the worst of the summer heat will be over.  And it’s not like a 32 mile run is slacking off, is it?