This year, the Boston Marathon is celebrating the 40th anniversary of the marathon’s first official women runners.  To commemorate that event, let’s go back even further, to the 1961 Manchester (CT) 5-Mile Race, for a glimpse of what things were like for women who wanted to run 50 years ago.

The race officials tried to keep the women out: 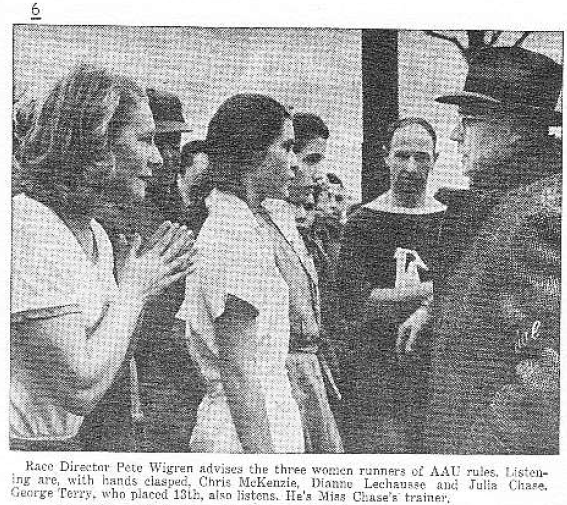 But some of them ran anyhow: 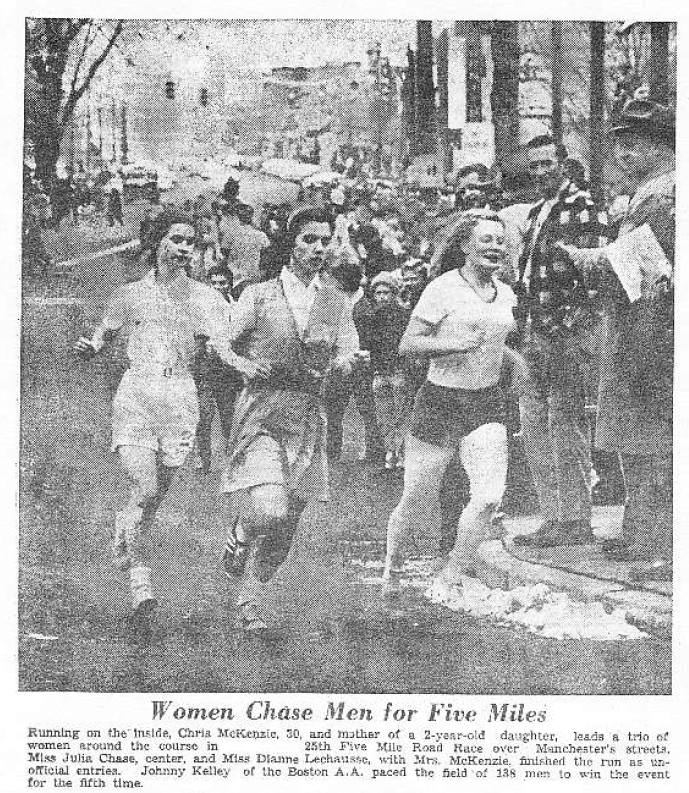 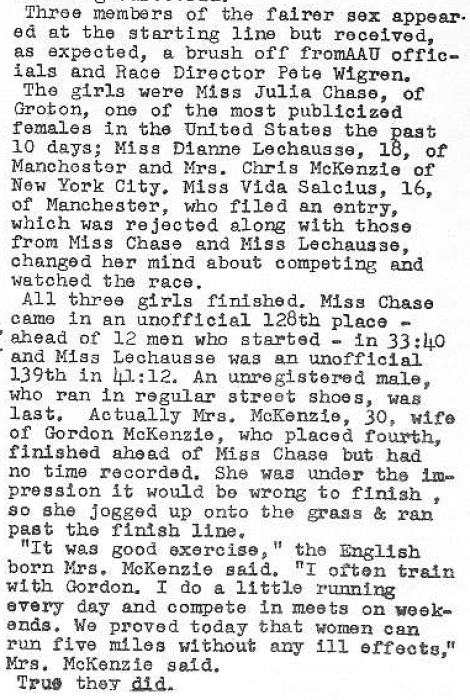 In the same issue, Jim Fields quotes the then-current AAU rule.  In another sign of the times, his complaint is more about the grammar than the rule itself: 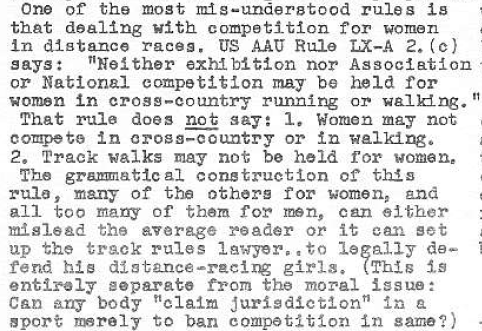