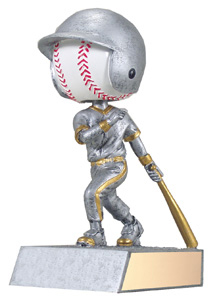 It’s September, and once again fans of the Royals, Orioles, Pirates, and Nationals twist slowly in the dying summer breeze, while their teams play out the string listlessly, far from the excitement of the pennant (or wild card) races.  Meanwhile, fans in minor league cities and towns see their teams stripped of their best players, whether or not the team is in line for a league championship, just so the major league team can use that player once a week to pinch-run or relieve in a blowout loss.

Many sports leagues around the world use a concept called “relegation” that would make life more exciting for fans of teams like these and for fans of countless teams currently denigrated as “minor league.”  With relegation, leagues are stacked according to their level of competition.  At the end of each season, the bottom teams in each league drop to the next lower league, and the top teams from the lower level league replace them.

With relegation, more teams have meaningful games at the end of the year, without watering down the playoffs by adding extra teams.  For example, here are the current standings for all the teams at .451 and below:

Only one of these 11 teams (Cleveland) is within 18 games of first place in their division, and none are as close as 13 games to a wild card berth.  But in a situation where the bottom four teams are relegated to Triple A, all of them would still have something to play for.  There’d be excitement, or desperation at least, in Kansas City, instead of apathy.  Pittsburgh wouldn’t be selling off all their semi-competent players, they’d be struggling to stay in the majors.

Meanwhile, fans in Providence or Sacremento or Louisville would be cheering on their teams as they fought for meaningful pennants and for the opportunity to move up to the majors the following season.  And that effect would ripple down throughout the entire chain of organized baseball, into small towns across the country.

You’d lose the story where the perennial doormat jumps to the World Series, like Tampa Bay did last year.  But you’d replace that with the potential for a newly promoted team jumping all the way to the championship.  And you’d also lose the story where a pennant winner like Florida tortures their fans by dumping  all their players, rather than paying them for winning, since they’d be at risk of falling to the minors.

For relegation to happen, major league owners would have to accept the risk that their property could take a sudden drop in value (a risk leagues with relegation mitigate by means of “parachute payments” to relegated teams), and they’d have to give up control over their farm teams.  The minor leagues would have to give up their cozy arrangements with their parent clubs and really compete.  Everyone would have to start purchasing all their talent on the open market.  These are unlikely changes, but if they occurred, the spread of real competition from just the moneyed few in the big cities to every small town in the country would make baseball America’s game again.