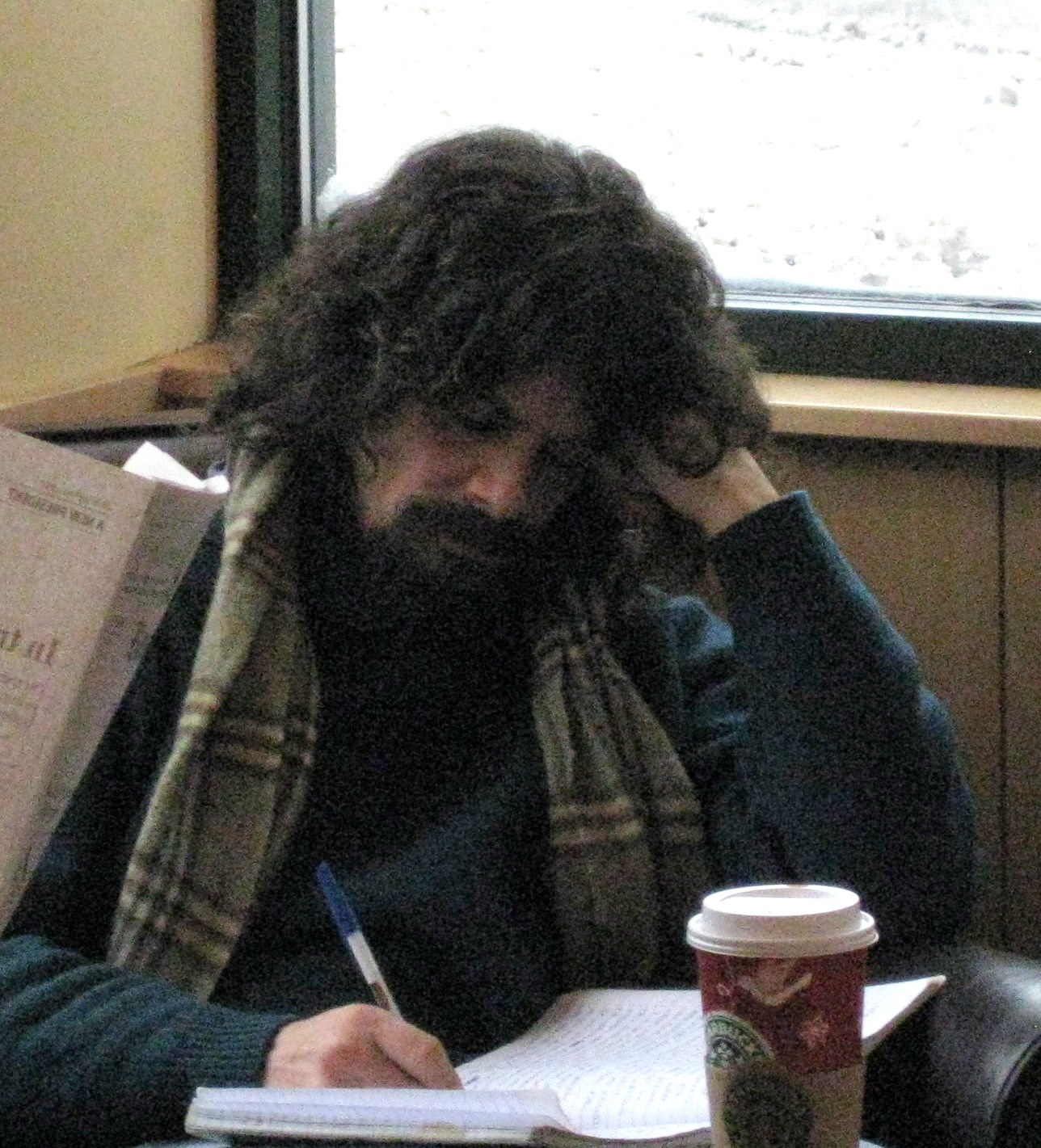 “I wish there was some way to get all my thoughts down on paper.  When I try to write, the ideas continually spin off on tangents, out of control. It feels like whenever I stop to write one down, I lose three others that might be even better.  I catch up with some of the lost ideas later, but I never recapture all of them.

“It’s like there’s this annoying static in my head all the time.  It keeps bothering me until I corral all the noise, get it written down, and edit the noise into something that makes sense. Sense to me at least, but hopefully to other people too.

“Maybe someday voice recognition software will help.  Right now it’s OK, but not quite good enough.  Stopping to fix the errors breaks my train of thought, but I can’t let the mistakes go until later.  They distract me until they’re fixed.  Anyhow, talking in a mic doesn’t go over well in coffee shops, and I can’t stand to hide in my room all the time.

“Love the feeling I get when it’s all finally organized.  I wish that relief came in a pill.  The ones I’ve tried don’t work.”