Ruth and I went to see the Sourdough Philosophy Spectacle by the Bread and Puppet Theater at Cyclorama in Boston.   8 puppeteers, augmented by a host of volunteers, provided a show steeped in ’60’s leftist values, as evidenced by this description:

“The Sourdough Philosophy Spectacle” is about the need for human fermentation. It takes a lesson from how apple cider is made. Our republic teases us with the possibility of democracy, but citizens are raised like military apple orchards, pruned down to their predictable minimums, yielding controlled fruits that lack the ecstasy of nature. However, human fermentation occurs in parts of the human body that are not governed by the government, like the guts and the gutsy parts of the brain. Fermented citizens are corrupted by the ecstasy of nature and from that corruption, derive strength to corrupt military orchard citizens. The show is run by a bunch of cooks, specialists in cooking the various stews and pancakes of our everyday first world existence. ”

It’s more performance art than anything with a coherent plot, but it’s saved from much of the pretension of the genre by the use of Cheap Art, paper-mache, cardboard and the like.  The friendly comfort of the setting allowed us to enjoy the spectacle for what it was without worrying too much about understanding the deeper message every single minute.

As we approached Cyclorama, we were greeted outside by a brass band and dancing  cooks.  We went inside and sat down.  At showtime, the band and the cooks entered, cheerfully setting the stage. 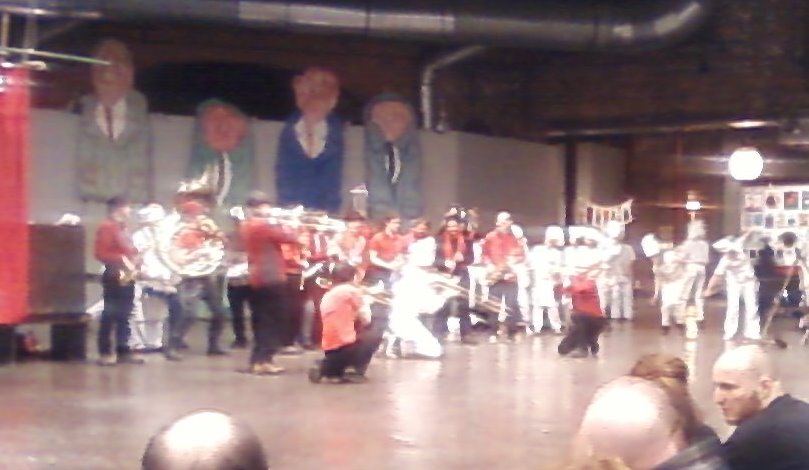 The cooks were the focus of the first half of the show: 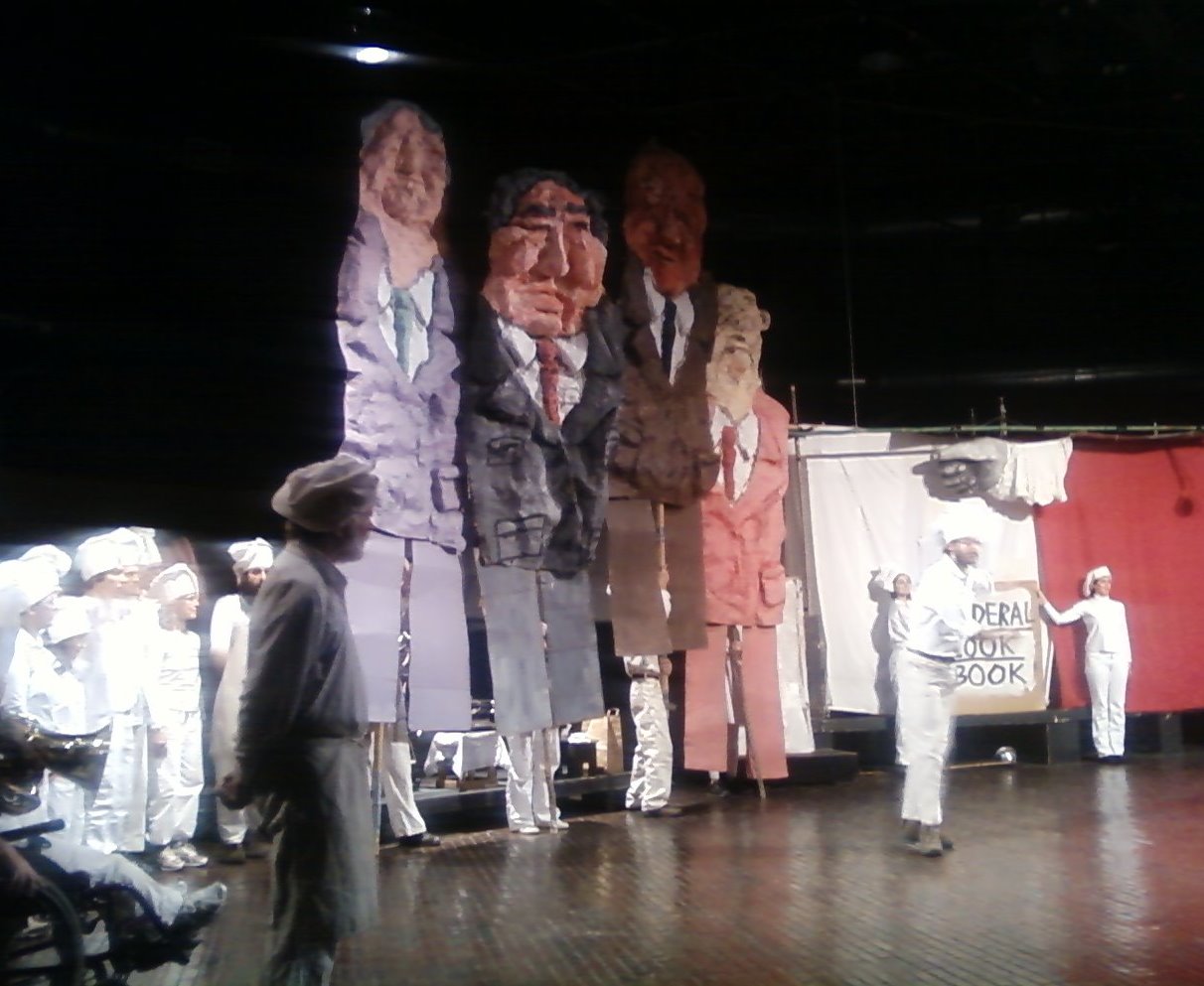 In the second half of the show, the core puppeteers manned a divided stage, with the action moving from side to side through six acts: 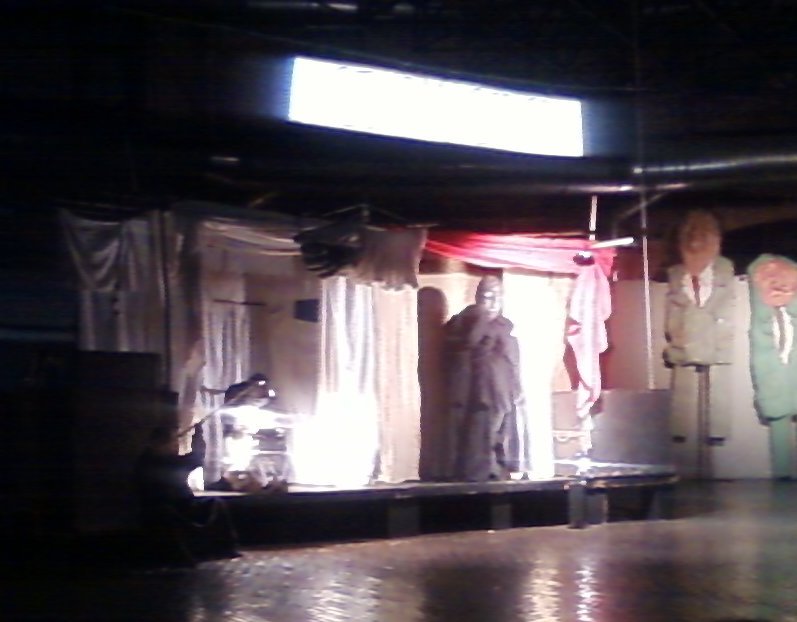 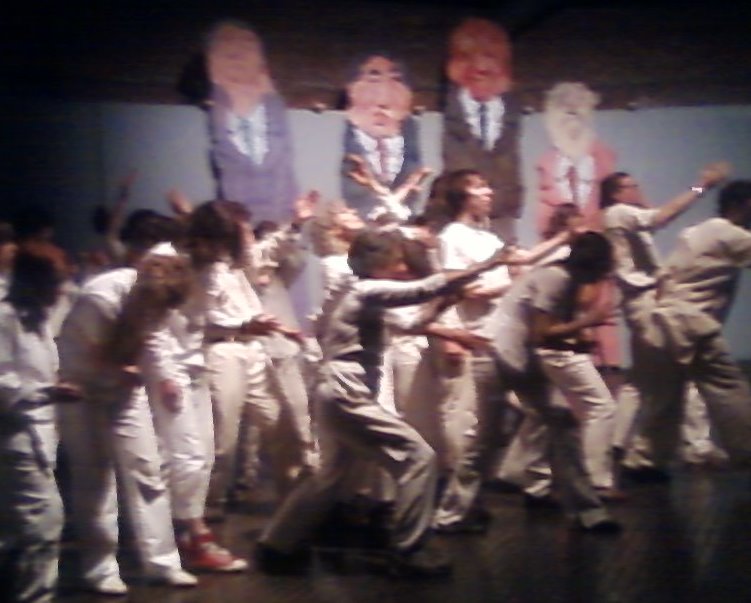 Finally, the message was pounded home: 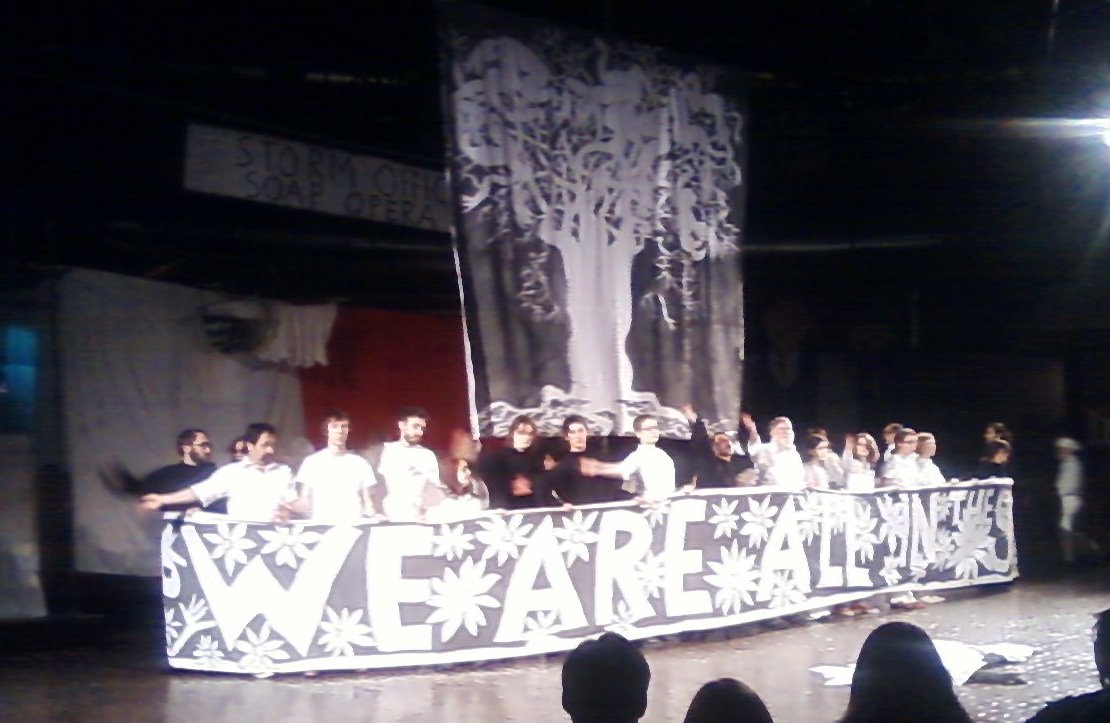 Yes, we’re all in the same boat.  I get it.  Bread and Puppet Theater may be dancing on the deck of the Titanic, but they’re not doing it obliviously.

On the way out, we were offered a free bread and oil snack and the opportunity to buy some hand-crafted art.  The items for sale were refreshingly affordable.