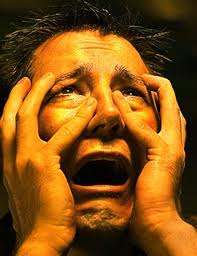 The results are in. More than 4500 qualified runners who applied for the 2016 Boston Marathon did not get in. That’s more than half of the runners who signed up during Week 2 of registration. And it doesn’t include those runners who looked back at recent years and passed on applying, figuring that their BQ by a minute or so wouldn’t get them in.

Like many people, I hate that a BQ isn’t a BQ. A few weeks back, I shared my plan for revising the registration process for qualified runners. In it, I explained why simply making BQ standards faster until everyone who runs a BQ gets in isn’t a likely option, and I promoted the use of age-grading as one relatively fair way to select the fastest applicants while still taking age and gender into consideration.

Amby Burfoot pointed out that the NYRR considered a similar method to manage New York Marathon qualifiers in 2013. It turns out that such a system would admit many more men than women. You can argue about whether or not that’s fair, but both New York and the Boston Marathon prefer to keep a mostly even balance between the genders.

There’s an easy fix. Boston gives about 24,000 slots (80% of the 30,000 total) to qualifiers. Rather than distributing them to the applicants with the fastest age-graded race times regardless of gender, divide the pool of numbers in half, 12,000 for men and 12,000 for women, and then allocate the entries to the fastest age-graded numbers by gender.

None of which helps ME get in, but it’s an improvement over the current system.