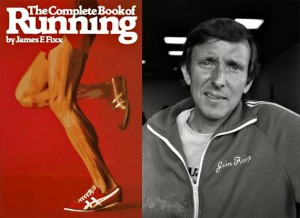 Monday, July 20th, marks the 31st anniversary of the death of the original pop culture running guru, Jim Fixx. His 1977 book, The Complete Book of Running, spent 11 weeks at #1 on the best-sellers list, making it the first mass-media success of the early stages of the Running Explosion.

Fixx enjoyed his success, as would we all. He became America’s running guru, lecturing in front of groups and on TV about the health benefits of running and how running had helped him lose 61 pounds, quit smoking, and remain active and fit into his 50’s.

Fixx was out for a run while on vacation in Hardwick, Vermont when he died from a heart attack at age 52. 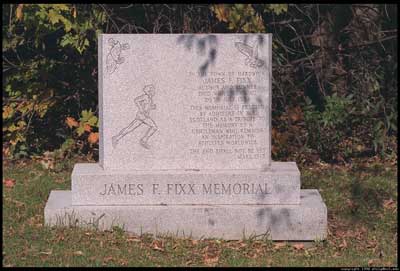 The irony was hard to miss, and Fixx has been an easy target for cheap jokes ever since.

Actually, running could have saved Fixx, if he had only paid attention to some obvious signals. His autopsy showed that he had had several small heart attacks in the weeks before his death. “Friends and family reported that Fixx had complained of chest pains while running and tightness in his chest. Yet he refused to have an exercise stress test, despite the urging of his former wife, Alice Cashman Fixx, and the invitation of Kenneth Cooper (Cooper, 1985; “Deadly Refusal,” 1984).”

Only two weeks left to get your Runner’s Book Bundle, 15 specially-priced ebooks in 3 volumes for 2 charities (the Vermont Foodbank and the 100 Mile Club). The Bundle sale ends July 31.