The thing is, sitting and kicking works. A front-runner will win when he (or she) is clearly the class of the field, but all else being equal, the sitter-and-kicker will beat a front-runner. It’s just easier to let someone else set the pace, and then use the energy you’ve saved to storm past at the end for the win. 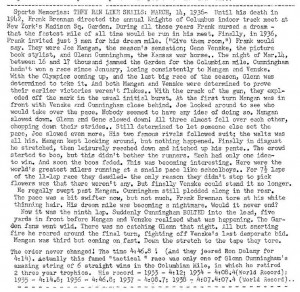 If I were fast enough to make winning an option, I’d sit and kick too.