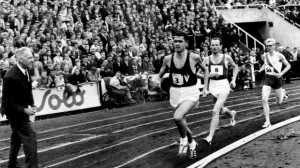 Clarke in Oslo, first to break 28 minutes in the 10K

Ron Clarke, one of the best-known distance runners in the world in the 1960’s, died yesterday in Australia. Clark set 17 world records in his career, including an amazing 12 records in 44 days during a European tour 50 years ago this summer, making him perhaps the only person to have a better year in 1965 than The Beatles.

Here are just a few of his feats from that year, as detailed in the July and August 1965 Long Distance Logs (click on an image to enlarge): 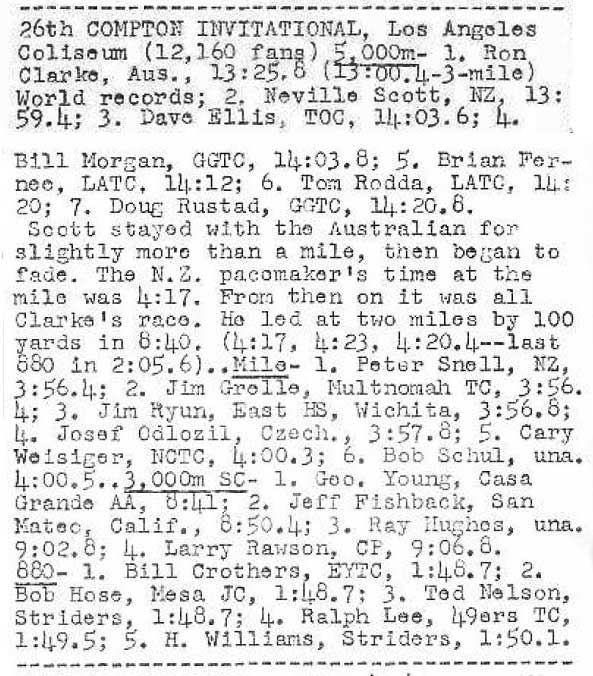 Clarke’s thoughts on record-setting after winning a 3-mile race in Toronto on June 10: 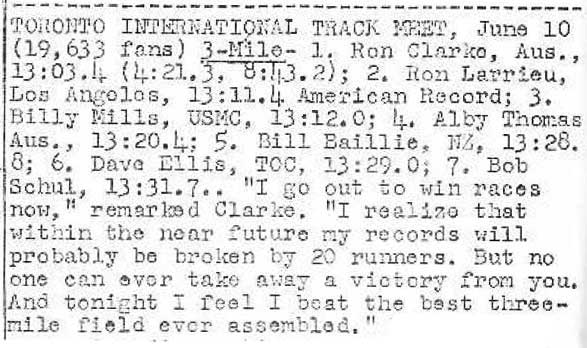 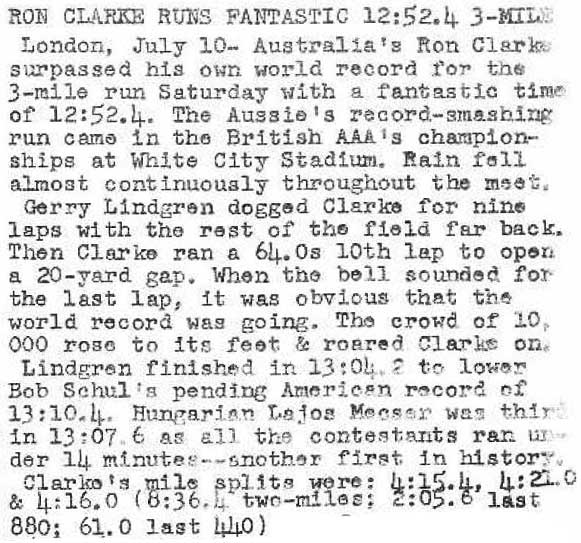 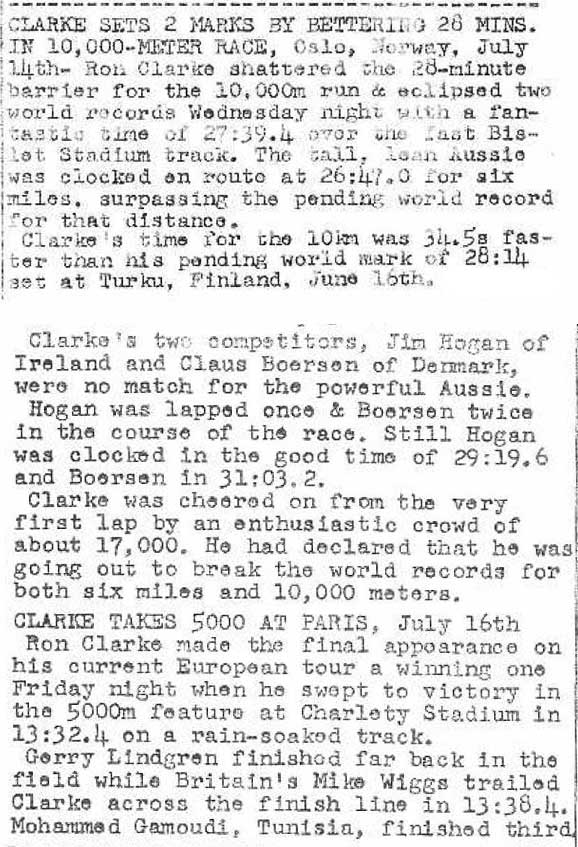 Quite a year, right mate?