They’re holding the 2015 San Diego Rock and Roll Marathon at the end of  this month. I’ll always have a soft spot in my heart for this race. When I ran San Diego back in 2004, I ran a sub-3:50 after getting up early and putting in an extra 11 miles before the start of the race. That time was a top-10% finish.

Those days are apparently ancient history. I’m not that runner anymore, and the results on the race web site only go back to 2008, when Competitor Group bought the race. You have to go to Wikipedia to find that the first R’n’R San Diego was held in 1998, making this year’s run the 18th edition.

Here at Y42K, we dig a little deeper. This year is the 50th anniversary of the first marathon in San Diego, the 1965 Mission Bay Marathon.  My 2004 time would have finished 15th in 1965. Of course, since I was actually only three years old on race day, I probably would have had a hard time breaking 5 hours. 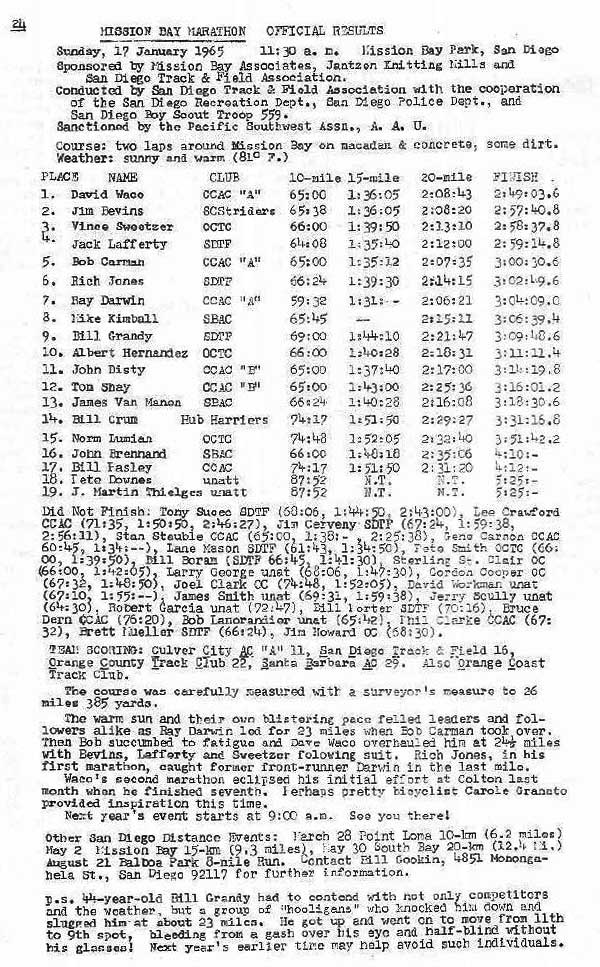 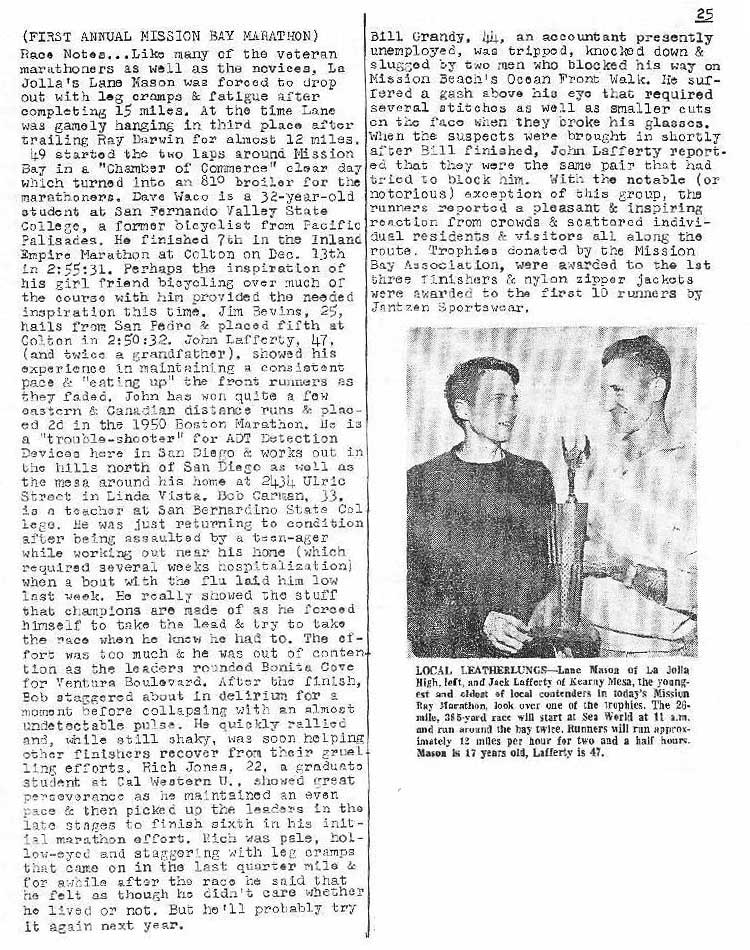