Since time began… well, anyhow since timing began, people have been telling runners that excessive running (defined as “more than it takes to get to the refrigerator and back during a commercial break”) is bad for you. And runners have been fighting back with science, which has worked as well as it always does.

Here’s an example from 1964, with some additional tidbits about the superiority of specific body types, training practices, and racial characteristics that illustrate how science and acceptable topics for discussion evolve over time: 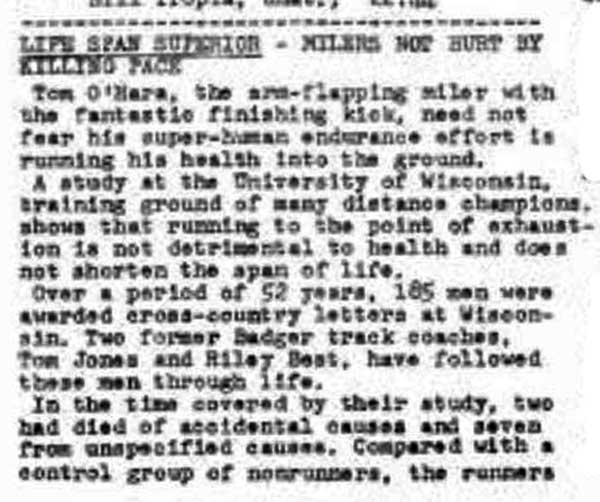