51 years ago, in December, 1963, Merry Lepper became the first US woman to finish a 26.2 mile marathon. Merry, a 20-year-old community college student, entered the Western Hemisphere Marathon in Culver City, Nevada along with her friend, Lyn Carmen. Lyn dropped out, but Merry completed the race in 3:37:07, an unofficial world record.

Merry’s run was the cover story in the Feb. 1964 Long Distance Log: 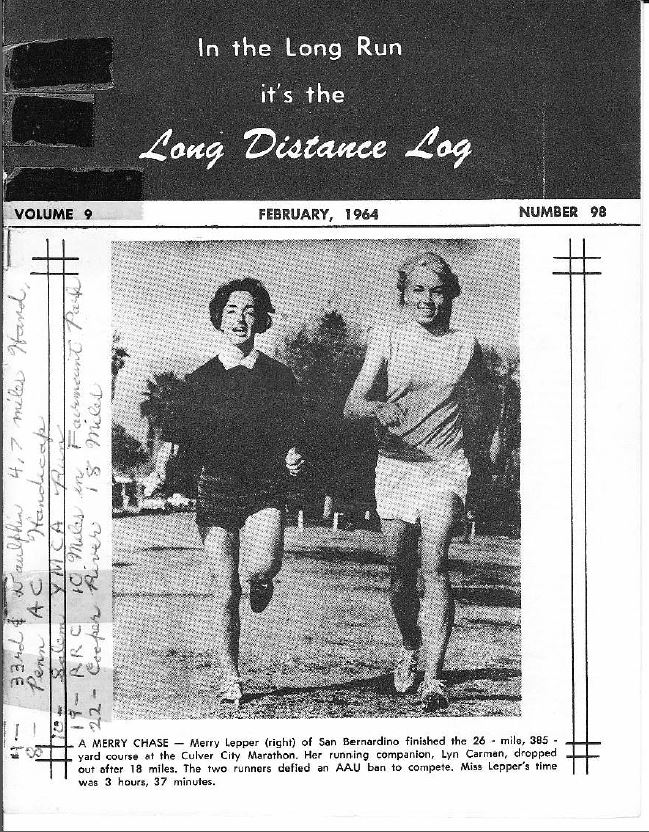 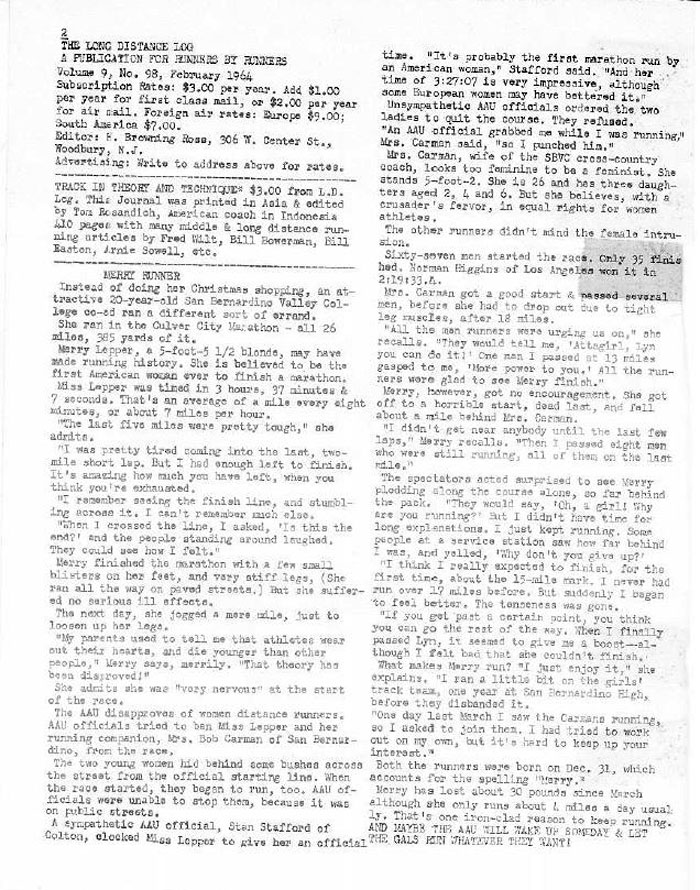 At that time, women weren’t allowed as official entrants in sanctioned marathons, so Merry’s time was not included in the official results sent in by race organizers: 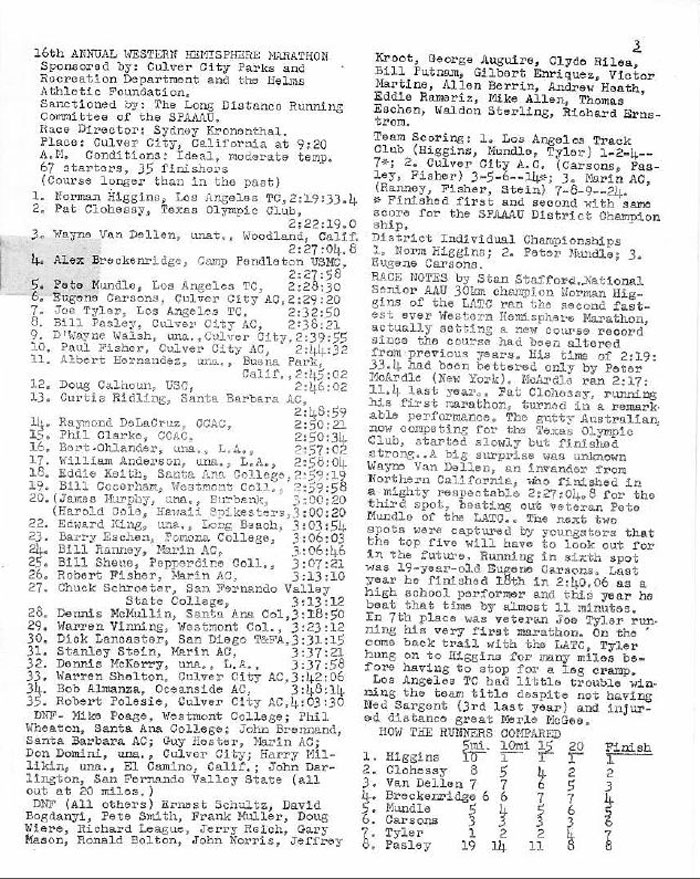 However, they did mention the efforts of “Mary” and “Lynn” in a sidebar: 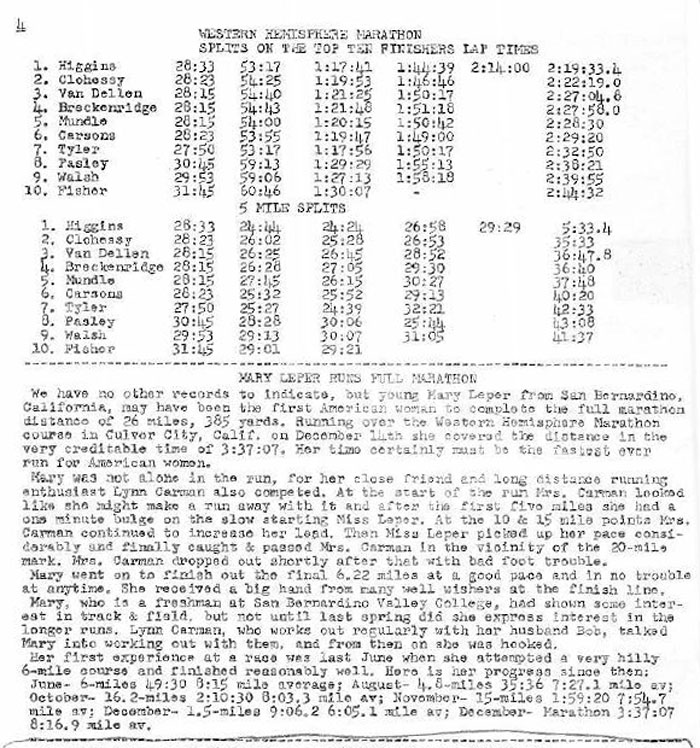 Arlene Pieper, on Pikes Peak before the race

A few years earlier, in 1959, Arlene Pieper had entered and finished the Pikes Peak Marathon. However, that course was almost 2 miles short of the standard 26.2 mile distance. Personally, I think racing up Pikes Peak makes up for that. For that matter, some reports say that the 1963 Culver City course may have been a bit short.

Merry Lepper’s time beat the unofficial women’s marathon record of 3:40:22 set by Violet Piercy of Great Britain on October 3, 1926 on the Polytechnic Marathon course (though Piercy did not run on the same day as the race).

Stamatis Rovithi may have been first woman to run a marathon when she ran the Marathon-to-Athens course a month before the 1896 Olympics. There are reports that say a woman named Melpomene tried to enter the actual Olympic Marathon that year, and when organizers did not let her in, she jumped in at the start anyhow and made it to the finish in about 4:30, an hour and a half after the winner. However, other reports credit that run to Rovithi (sometimes on the day following the Olympic race).

Anyhow, through the efforts of these women, along with Grace Butcher, Katherine Heard, and many others, marathons finally began accepting women as official entrants in the early 1970’s. Today, about 43% of the people who run marathons in the US are women, and if recent trends continue, by 2020 there may be just as many women running marathons as men.