A bonus #tbt today, in honor of the 51st anniversary of the race that’s coming up this Sunday:

Jeff Galloway won the first marathon he entered, in 1963 at age 18, even though he was “woefully unprepared“: 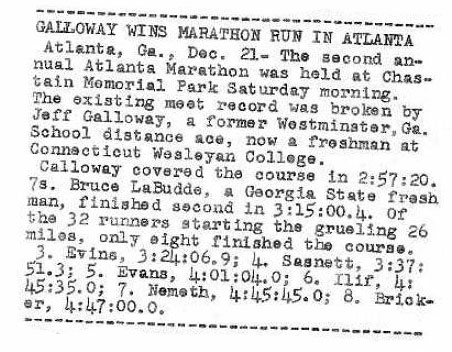 Jeff’s fame today is in large part due to his successful run-walk-run program, which has helped millions of people learn to enjoy distance running. But Jeff was also an excellent competitor. Among his many accomplishments, Jeff has a 2:16 marathon PR and he ran the 10K for the US in the 1972 Olympics.