Amby and his wife, Cristina Negron, at the 2013 race

Congratulations to Amby Burfoot, who is running the 4.748-mile Manchester (CT) Road Race for the 52nd consecutive year today. Last year, Amby broke the record set by the late Dr. Charlie Robbins, who ran for 50 straight years between 1952 and 2001. 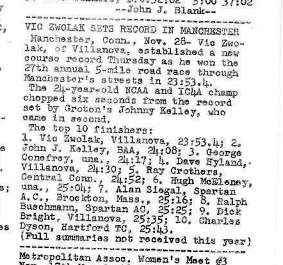 Amby won the race nine times between 1968 and 1977. He didn’t start consciously working on the streak until years later, when it became a matter of proving to himself that he would keep going back even when he wasn’t going to win.

Dennis McCormack is hitting his 50th straight Manchester this year, so Amby may have his work cut out for him if he wants to keep the record for long. Here’s hoping he succeeds. 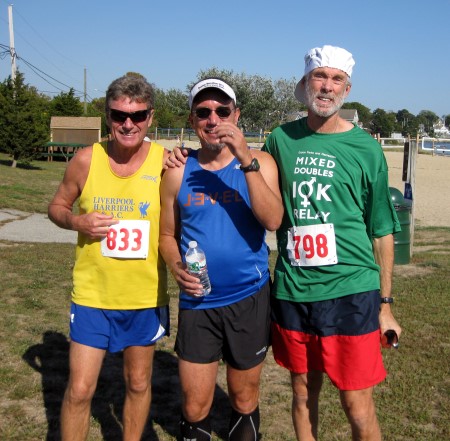