When your iPhone gets hot, sometimes it’s a hardware problem, but usually it’s a specific app causing the problem by running the CPU or the WiFi or cellular data channels constantly and straining your phone’s resources.

It’s not only annoying, but excessive heat can damage your phone. It will certainly reduce your battery’s lifespan, and it can cause other damage.

The energy heating the phone has to come from the battery (unless you’re leaving your phone on a stove or something equally dumb).  If you have iOS 8, you can often figure out which app is the problem by checking the iPhone’s battery usage stats.

When the phone is hot, open the Setting apps and go to General->Usage->Battery Usage. You’ll see something like this screen: 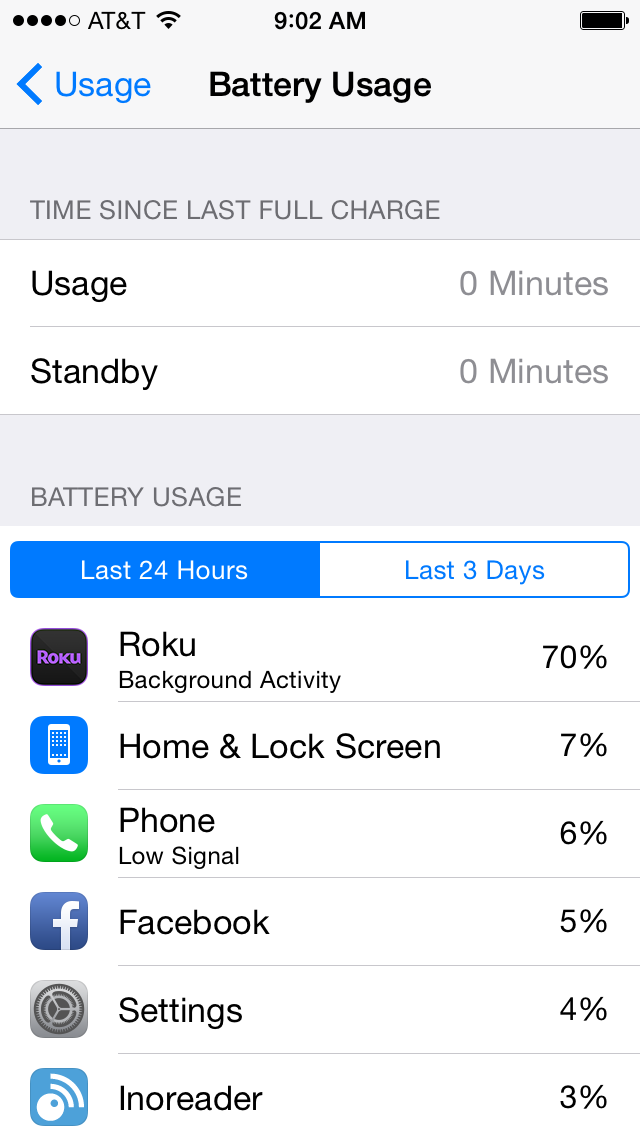 Note how the Roku app used 70% of all my battery usage over the past 24 hours? Given that I’d only been using the Roku app for about 10 minutes (to stream music to my Roku 3 box over WiFi), it was obvious where the problem was. I killed the Roku app and my iPhone cooled off.

Battery usage is a blunt instrument. I don’t know why the Roku app was causing the problem, but at least I know that that app was the issue. Unless the app triggered an iOS bug – you may never know.

If your battery needs frequent recharging (whether or not your phone overheats), the battery usage stats are a good way to figure out that culprit, too.

The Roku app is a convenience, nothing critical, so I just stopped using it. Hopefully your problematic app is equally disposable.

If your phone heats while sitting in your pocket, the cause may be an app running in the background. That makes the problem app harder to detect.

It’s a good idea to turn off unnecessary background processes. Not only will you reduce the chance of overheating, but by reducing the number of apps that run all the time, you’ll need to charge your phone less often.

There are two places where you can manage background app activity: Settings->General->Background App Refresh and  Settings->Privacy->Location Services. Turn off background refresh and location services for any apps where you don’t need the functionality.

Once you find a problem, don’t forget to go to the app store afterward and give the app a bad rating, explaining the issue. Who knows? Maybe they’ll fix it.

If there isn’t an obvious problem app, you can try resetting your network settings. In Settings, go to General- > Reset-> Reset Network Settings. Even if this works, the solution may only be temporary, until the problem app starts up again.

Once you reset, to reconnect to WiFi you will have to select your network and put the password in again.