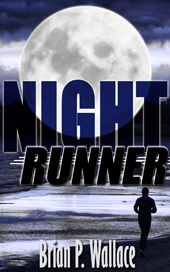 From the Amazon listing:

Ten years after he pitched his fifth perfect game in high school, Cliff Walker decides to take his own life. He wakes up three days later in the Westwood Lodge Psychiatric Hospital. After a month of intensive therapy, Cliff’s psychiatrist , Dr. Pervis Singer diagnoses that Cliff is suffering from depression and agoraphobia. The doctor tells him he has to get out of his house at least once a day or once a night. Cliff begins running Moakley Park in South Boston every night after midnight with a stocking hat, head phones and sun glasses. As his mileage goes up, his times come down. When Cliff finally tells his best friend Jumbo what he is doing, Jumbo says, “With those times you could actually win the Boston Marathon.”

Ready to publish your own book? I can help.