Another look back to the days when women, those poor, delicate creatures, weren’t allowed to run long races.  An entire lap?  Two laps?!  Too far! 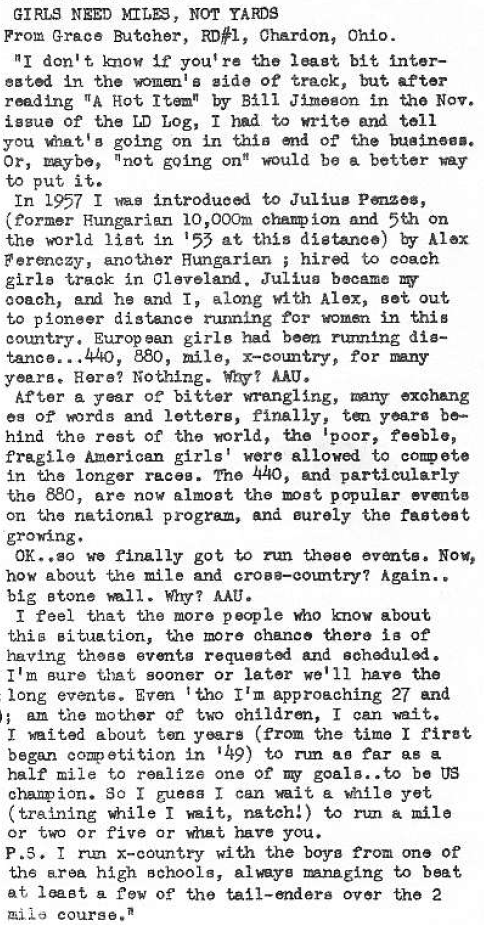 Grace kept training while society changed.  She was US champion in the 800 in 1959, and she’s won a number of age group championships since she began racing Master’s track in 1977, including a silver medal at the World Games in 1989.

In 2003, at age 69, she was quoted in the Boston Herald as saying, “The older I get, I have fewer training partners. But I’ll never stop. When I was younger I had such a skinny body – I knew I’d never make it in Playboy, so I started running,” she joked. “To this day when I run I feel beautiful – exactly the same as 40 years ago.”

In addition to running, Grace is a retired college English professor and also a poet and editor of a literary journal.  Her poetry includes a number of pieces on running, such as “Do We Need an Ambulance for Cross-Country?”.