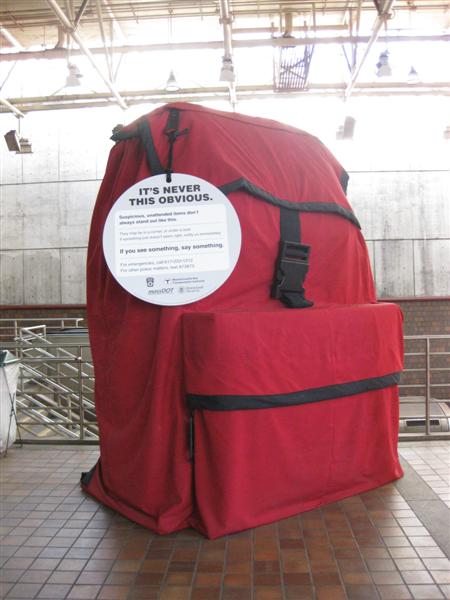 This gigantic backpack recently appeared at the Alewife MBTA station .  It’s part of the “If you see something, say something” campaign sponsored by the Department of Homeland Security and the T.

I’d be very interested to hear of any terrorist acts actually brought to light by the campaign, but I suspect all it really is is another way for the government’s fear machine to justify its ongoing existence.  However, the program may not be a complete waste of taxpayer money.  Maybe more lost items end up turned in and returned to their owners?

At least this display is entertaining, and it’s nowhere near as dangerous as the security theater production I saw on New Year’s Eve.

And now there’s finally a backpack I can use if I ever want to carry a king-sized bed when we go camping. 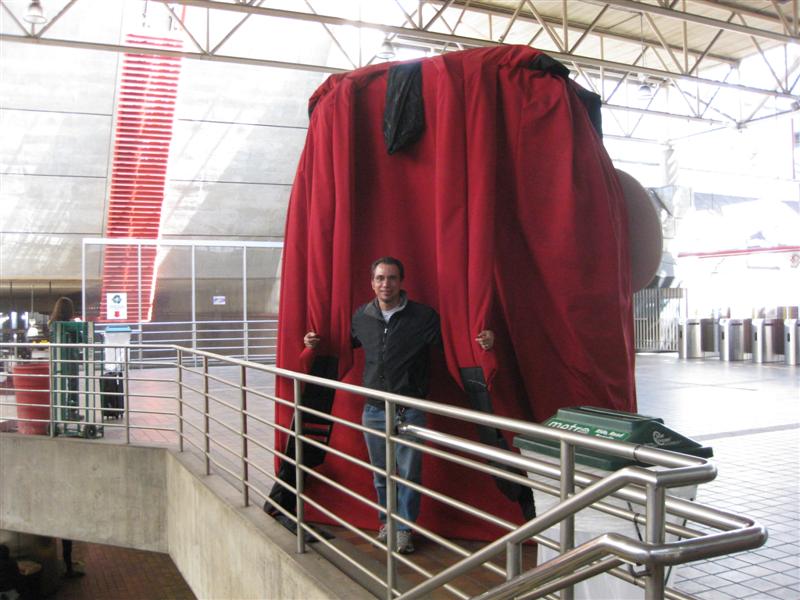 One thought on “You Need Big Props for Security Theater”