For our vacation, Ruth and I spent two weeks at my family’s camp on Lake Champlain in Alburgh, VT.  Alburgh is right on the Canadian border and just a short drive across a bridge from New York State.  We ran and biked and kayaked, and we also spent plenty of time lounging around, watching the sky and the lake.

We took a few pictures while we were there.  Click on each of the pictures below to see the album that goes with it.

The first day we were at the lake, a gentleman walking along the shore asked us if we’d crew for him on his sailboat the next day.  His family was coming to visit later in the week, but for now he was alone and he needed a hand if he was going to go out.  We said, “Sure, why not?”.  He was Roger Rosenberg, a neurologist from Texas.  We had a great time and we learned something about sailing while helping Roger with his boat. 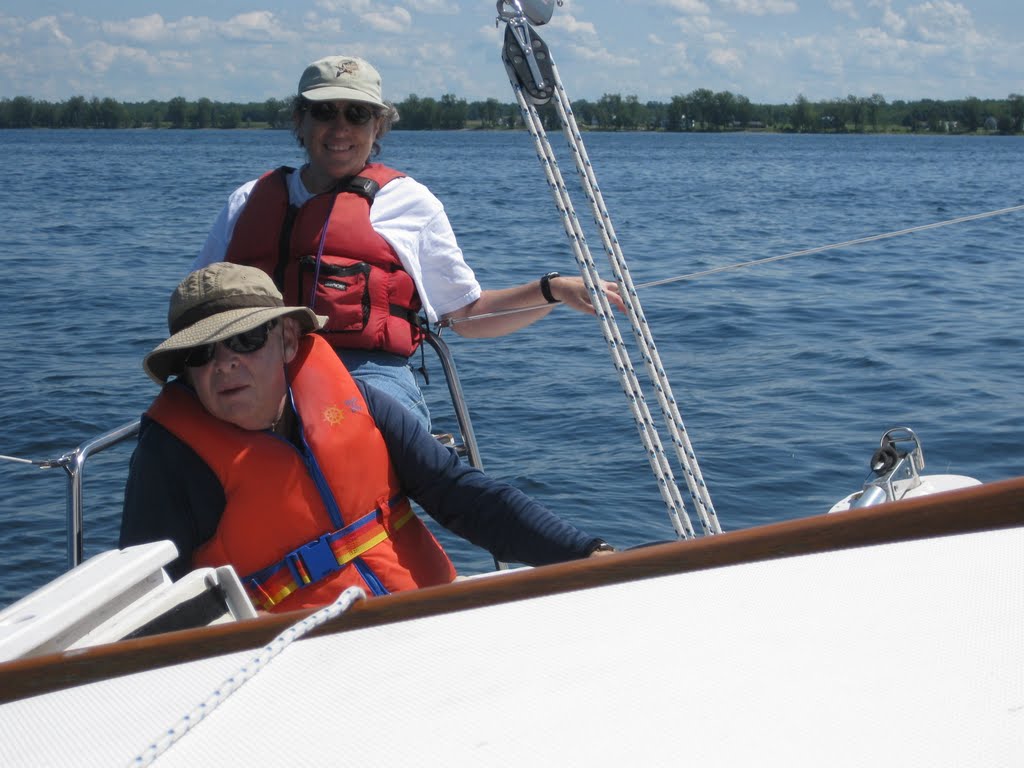 We really like watching the weather over the lake.   Ruth and I took lots of pictures, trying to capture it all.   Many were sunsets, of course. 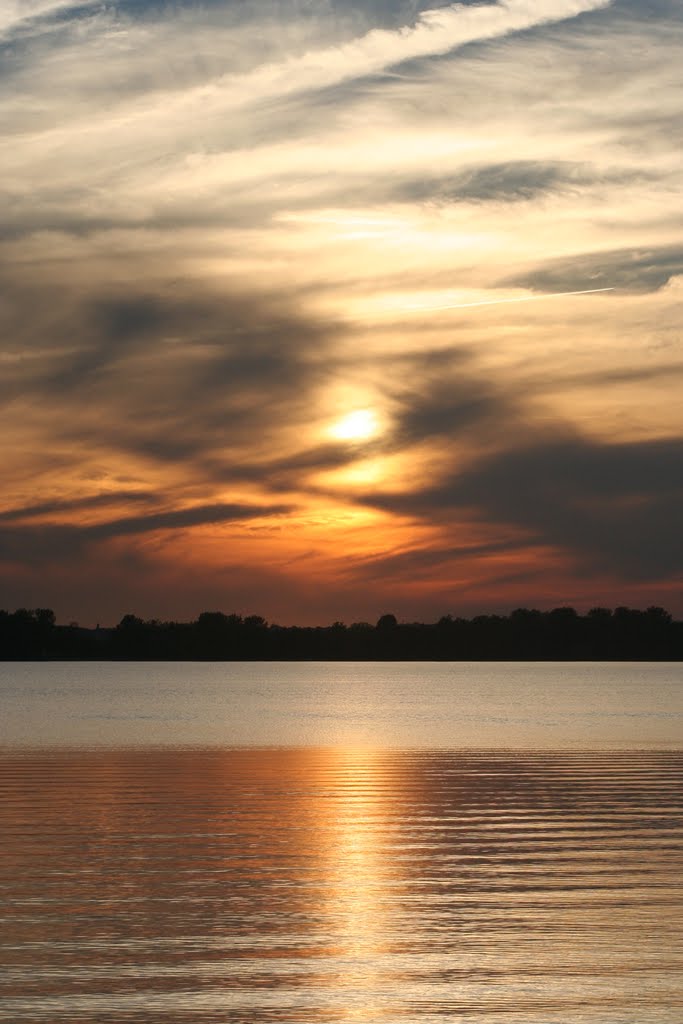 But any time of day, there was grandeur.  Or nearby, mailboxes.

I stitched a few pictures together to try and give a better perspective of how much sky there really is.

From time to time, we left camp to go out and do something.  Thursday, we met our friends Mark and Karen for the weekly free concert at the Snow Farm Vineyard in South Hero. 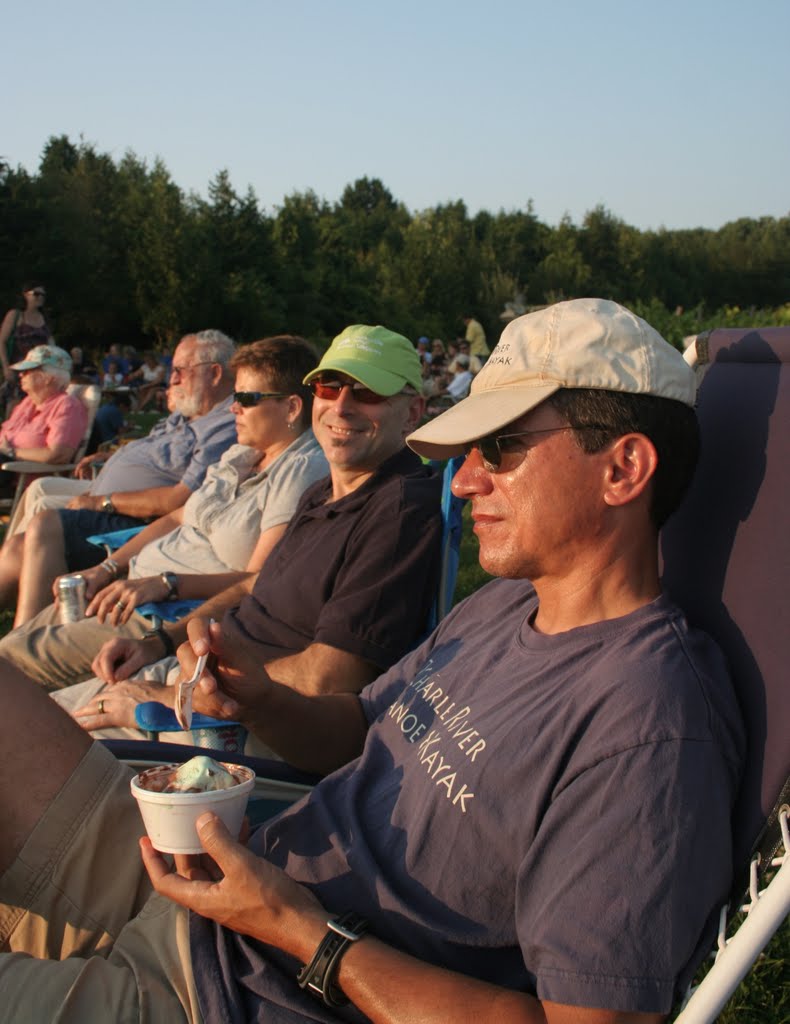 Friday, we went to Burlington for day one of the Festival of Fools. 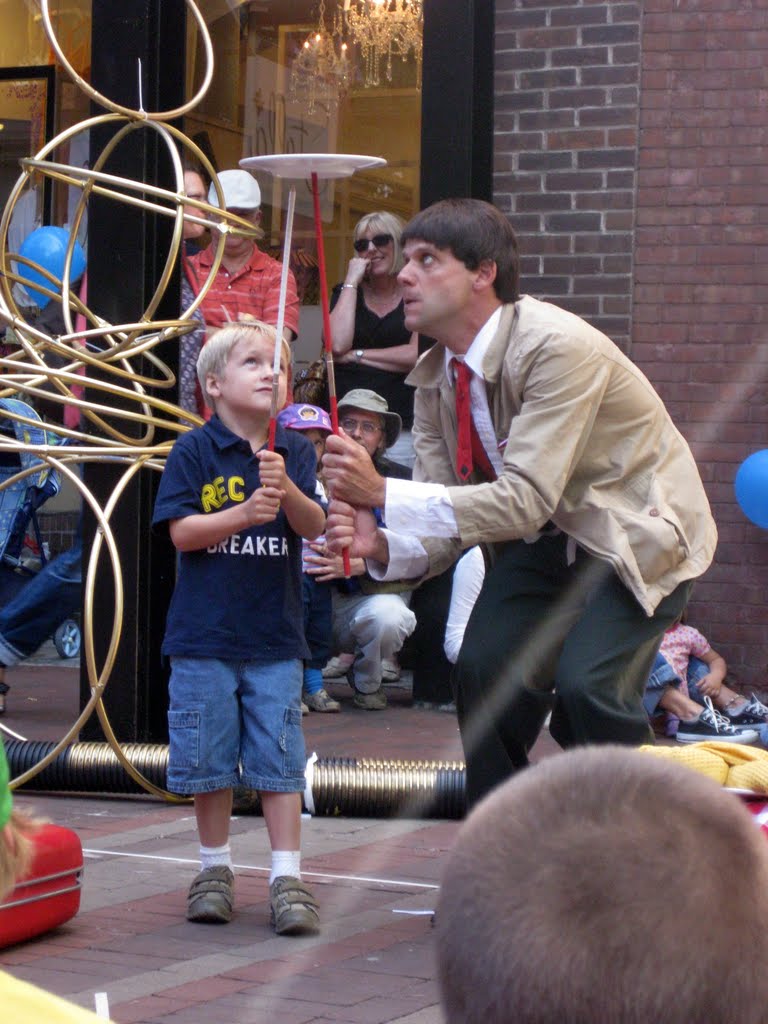 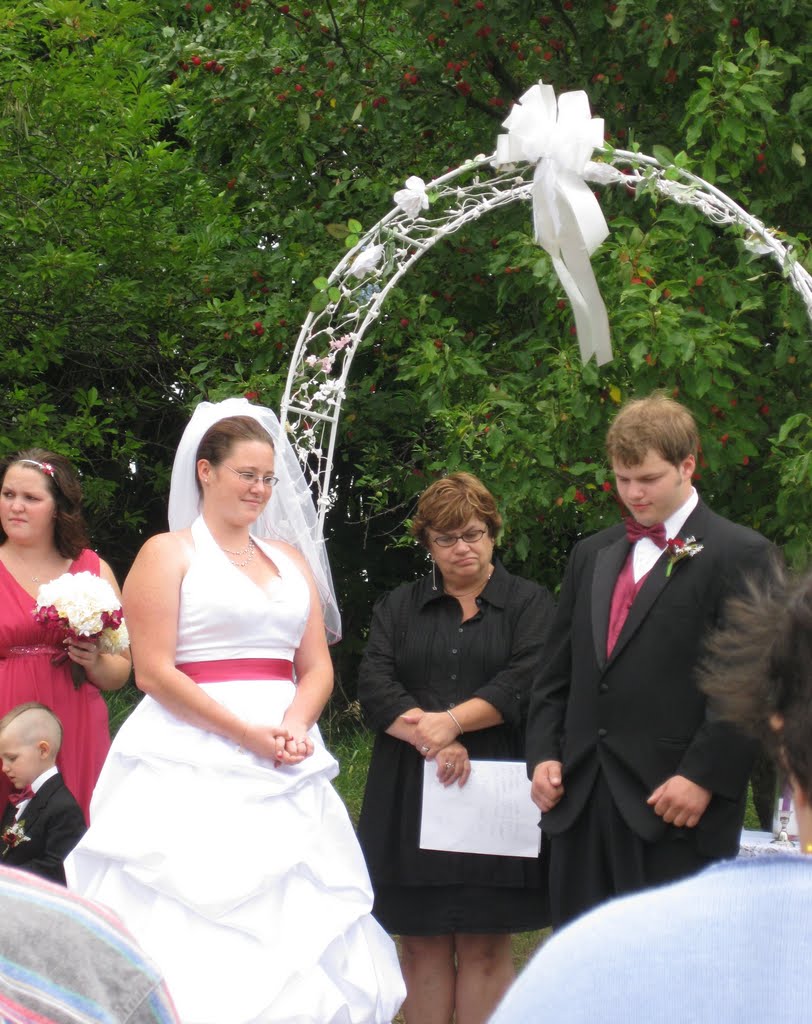 The day before we left, we went to day one of the Lake Champlain Bluegrass Festival.  Eight hours of music on a beautiful summer day, roast pig, and some maple-bacon ice cream too. 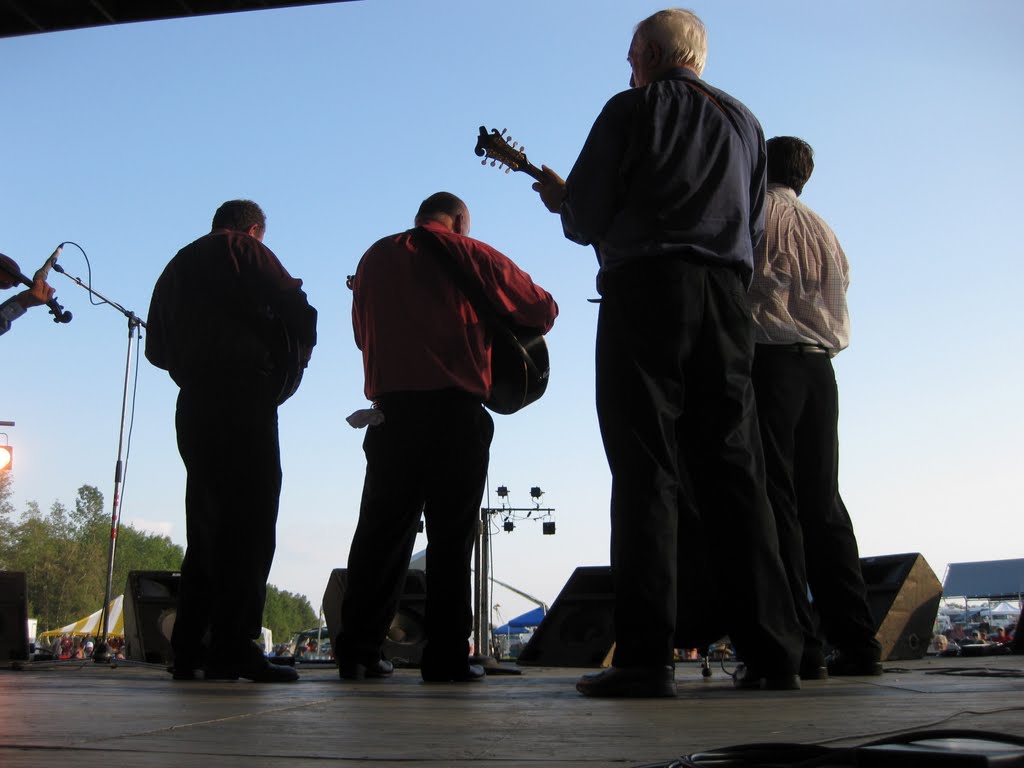