Ruth and I went on a T adventure today, walking and T’ing in a big loop on the southern side of town.  Along the way, I took her  to Roxbury for her first Speed Dog.

We biked to Alewife, and took the Red Line from Alewife to Andrew Station.  On the way out, we met the world’s shortest, happiest commuter.

From Andrew, we walked to the industrial wasteland of Newmarket Square where “Boston Speed’s” Hot Dog Wagon was waiting.

We ordered two dogs with the works and drinks.  Gregg slopped on the goods 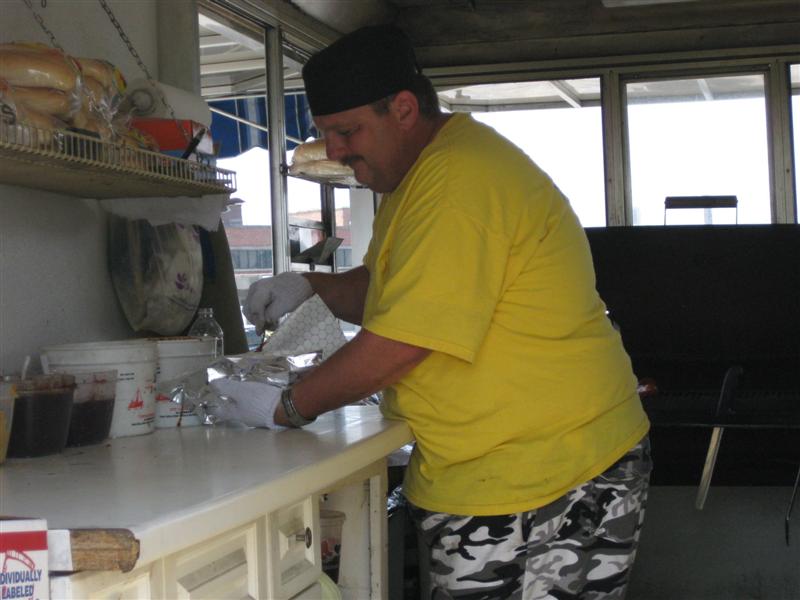 and we sat in the parking lot to eat.  Ruth was amazed with the opulent dog, 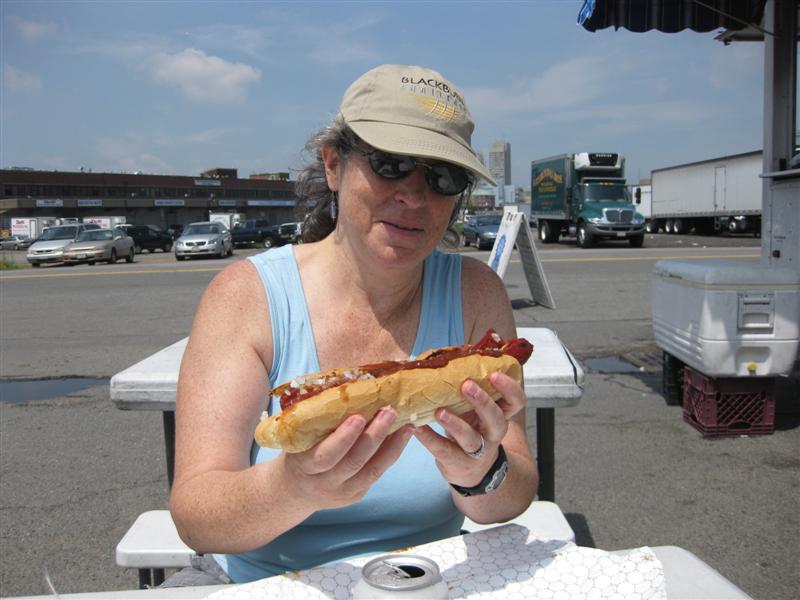 but she dug right in. 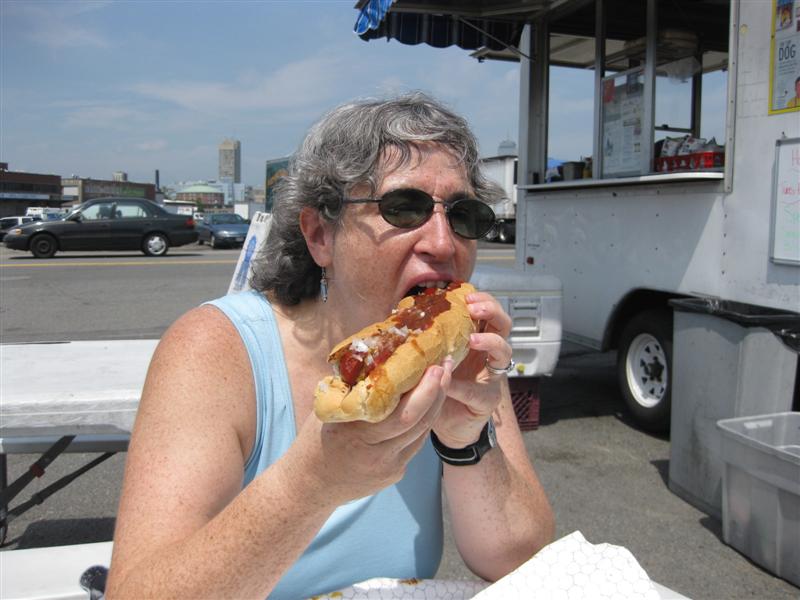 Ray wolfed his dog down. 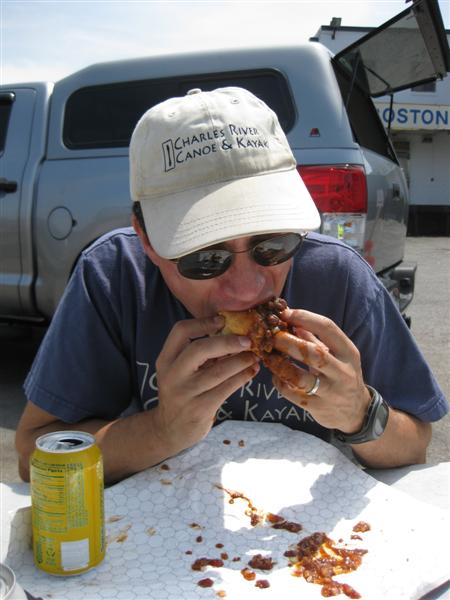 There’s no way to eat a loaded Speed Dog without making a mess.  A tasty, tasty mess. 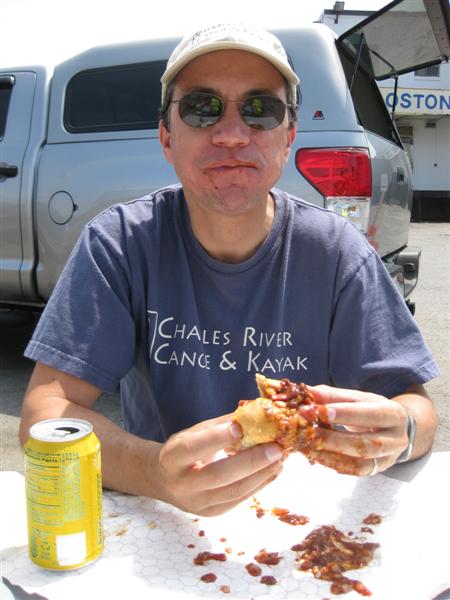 A handful of napkins and a couple of WetNaps each later, it was time to work off our meal.  We walked down Mass Ave to the Orange Line, took that to Jackson Square in Roxbury, walked down Centre St to the Jamaicaway, through the trees and along the paths to Huntington St, and down Huntington to Fenwood Rd.  There we got on the Green Line’s E Train, took it to Park St, changed back to the Red Line and rode to Alewife.  Then we biked home.

Ruth thought the dogs were worth the trip.  Who wouldn’t? Just look at it.  You want one now, don’t you? 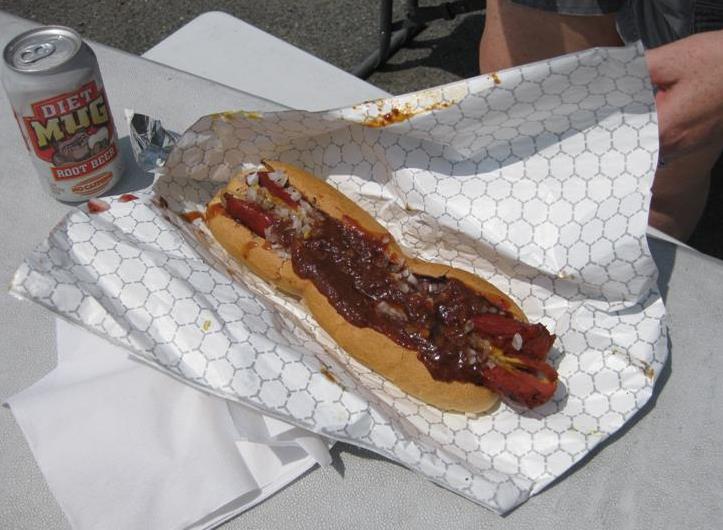 The diet root beer was a futile gesture.