Today, we received some junk mail from Mothers Against Drunk Driving telling us to ask Governor Partick and our state legislators to support S1925.  That bill requires convicted drunk drivers to use an ignition interlock device when they get their license back, even after their first offense.

Unsurprisingly, MADD asked us to send them a “special emergency contribution” to help them get S1925 passed.  The bill will probably pass because it’s an easy way for politicians to appear tough on crime.  But MADD has $50 million in annual revenues because they never miss a chance to play on people’s fears. 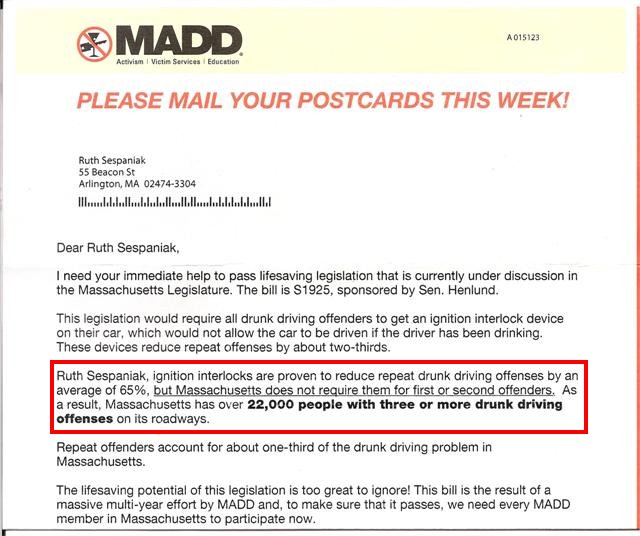 No one is in favor of drunk driving.   I’m certainly not.  But there’s no need to lie.

This isn’t unusual for MADD (Google “MADD lies“).  The founder of the group quit because MADD “has become far more neo-prohibitionist than I had ever wanted or envisioned.”  MADD wants to force everyone to pass a sobriety test before their car will start.  Is this a group you want to support?

One thought on “MADD lies”