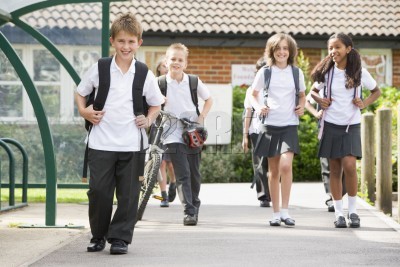 A strong public school system, where everyone has access to the best education they are capable of, is a core requirement for our success as a country.  Fixing the public schools won’t be easy, but we can do it if we give the schools the importance they deserve.

America’s leadership in providing good basic schooling for everyone and making advanced education accessible to more people was the main force driving our success as a country.  American capitalism may be a better system than the alternatives, but our entrepreneurs would have nothing to sell without the knowledge to develop new products and services.  We’re spending billions on wars in the Middle East.  Spending a fraction of that on our schools might lead to discoveries that make wars for oil unnecessary.

One step is to stop funding charter schools. Charter schools work against a strong, unified public system by siphoning off the students and parents that are the most motivated to create a strong school system.  In some cases, these are also the smartest students, but that’s less important than the fact that the people who care most about schooling are gone.

Charter schools were supposed to be places where a school system could test innovations in education.  If an innovation proved successful, the idea would get implemented across the rest of the system.  This isn’t happening.  For the most part, the charter schools don’t really innovate.  Charter school students put in more time studying, and they are held to more rigorous standards. Charter schools often have fewer students in each class, and it’s easier for charter schools to get rid of underperforming teachers.  These are obvious changes that will work with any activity.  For example, if you want to improve in sports, you spend more time practicing, play against better competition, and get more and better coaches.

In Boston, the Boston Public Schools and the Boston Teacher’s Union have created pilot schools to compete with the charter schools, but they haven’t done as well as the charters, precisely because they can’t afford to make the same changes.

Charter schools are great for the students that get to take advantage of an enhanced environment.  But they’re not fulfilling the goal of improving the public school system for everybody.  We could choose to apply the charter model to everyone, but it would take a significant amount of money, mostly to hire more and better teachers.

An alternative improvement that wouldn’t cost as much would be to bring merit-based class assignments back to the public schools.   Mix everyone for the first few years, to let some of the differences due to the students’ backgrounds settle out before sorting them.  Then, after everyone has had time to develop a history, sort the kids into classes according to their prior accomplishments.  From that point on, everyone covers the basics at each level.  In more advanced classes the students cover the basics quicker, leaving time to cover the subject matter in more depth, allowing those who can to get more out of their education.

Whether you like it or not, some kids are smarter than others.  You don’t help anyone by mixing all levels together, though you might avoid hurting some feelings.  When everyone is mixed together, smarter students end up bored instead of challenged.  Weaker students grow to hate school even more as each day they struggle to keep up with their more talented classmates.

The downside to merit-based assignments is when someone gets sorted incorrectly, so a key to implementing this system is to allow for corrections as time passes by raising the highest achievers in the lower classes up, making room for them by dropping the underachievers from the higher classes down, sort of like relegation between soccer leagues.  Rewarding successful students for their efforts helps keep them motivated.

Rating students and sorting them according to their skill level would be unpopular, especially among those who don’t rate highly.  But denying the truth that students have different levels of achievement helps no one.  To go back to the sports analogy, everyone gets gym class, but only the best athletes play in interscholastic events.

The only cost associated with merit-based class assignments is the cost of developing the curriculum for the advanced classes.  Instead of a one-size-fits-all lesson plan, we would need plans tailored for each ability level.  That wouldn’t be free, but it would be much less expensive than increasing the teaching resources to support smaller classes and more school hours.

Ideally, we’d have all the money we’d need to get all of our students more hours with better teachers.  Short of that, we can still improve the entire public school system by closing the charters to bring the motivated families back into the system and using merit-based class assignments to increase the recognition of and rewards for accomplishment within the system.  Strong public schools are critical to our society.  Creating an environment that supports success is critical to the schools.