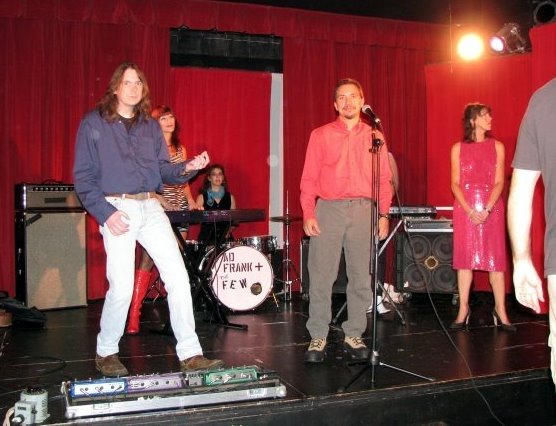 Sunday, I spent some time as an extra at the shooting of the new Ad Frank and the Fast Easy Women video for “Winterthru”.  I stood in for Ad while the crew set up the lights.  Then, I was in the front of the audience while they shot a scene.  If they use my scene in the final cut, I might be visible for about 10 seconds.

The short clip of “Winterthru” they played while shooting was pretty catchy, which was great because I must have heard it at least 30 times.  I still wasn’t tired of it by the end of the day.  You can listen to “Winterthru” for yourself online, or watch a teaser for the video.

I figured I might as well get a copy of the song, so I went to the Ad Frank web site.  The CD, “Your Secrets Are Mine Now”,  is due out November 3, but if you want a copy now, you can send Ad $5 and he’ll send you one.  If you’re willing to wait until the release date, he’ll send you one for free!