Yesterday, The Mountain Goats played the Somerville Theater. The show was part of the “Gone Primitive” tour with John Vanderslice. Vanderslice has produced many of the recent non-lo-fi Mountain Goats records and there’s a Darnielle/Vanderslice album due out before the tour ends, supposedly about organ harvesting on the moon (!?).

For this tour, Darnielle goes back to his roots and plays without his backing band. I’ve also “Gone Primitive”, as I forgot my Canon ELPH so these photos were taken with my cellphone camera.

The show started with a Vanderslice solo set. 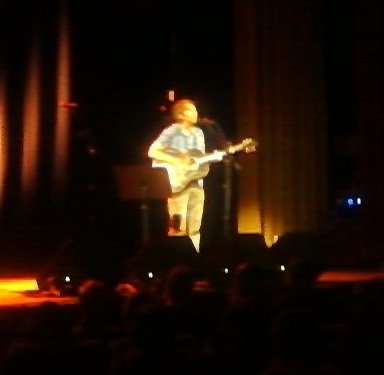 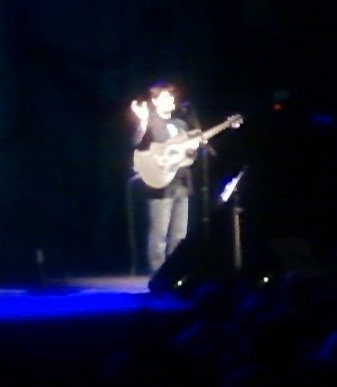 John told us that this show he’d be playing the songs that he wanted to play, which might mean that they’d be more obscure than usual.  The crowd approved of the idea.

Then he took requests, by picking out individuals from the audience and asking them what they wanted to hear.  He said that this was a new method for him, but he figured that this way, he’d get something other than “Going to Georgia” or “The Best Ever Death Metal Band in Denton.” 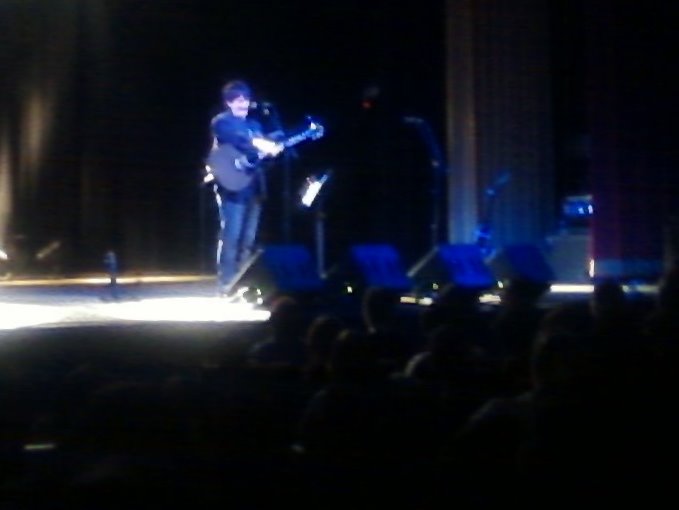 Vanderslice backed him for a few songs, including some from the upcoming album. 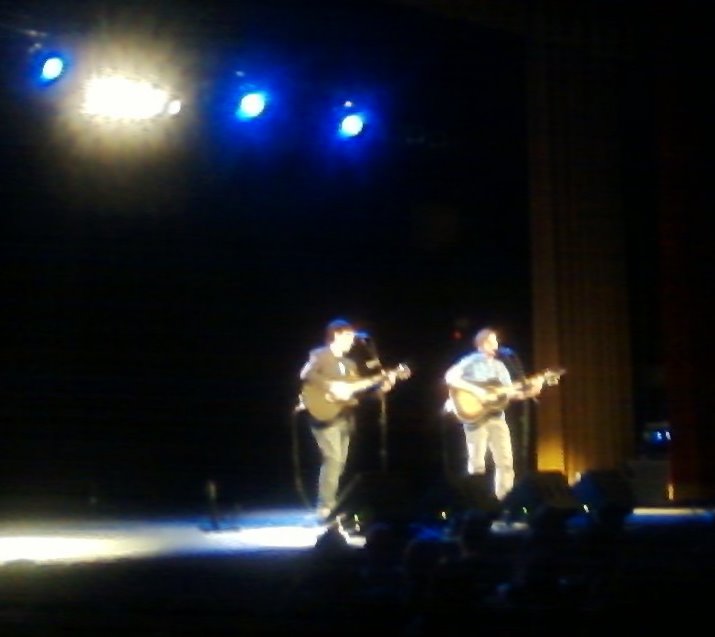 And during the encore, Darnielle brought the house lights up and had us all stand. 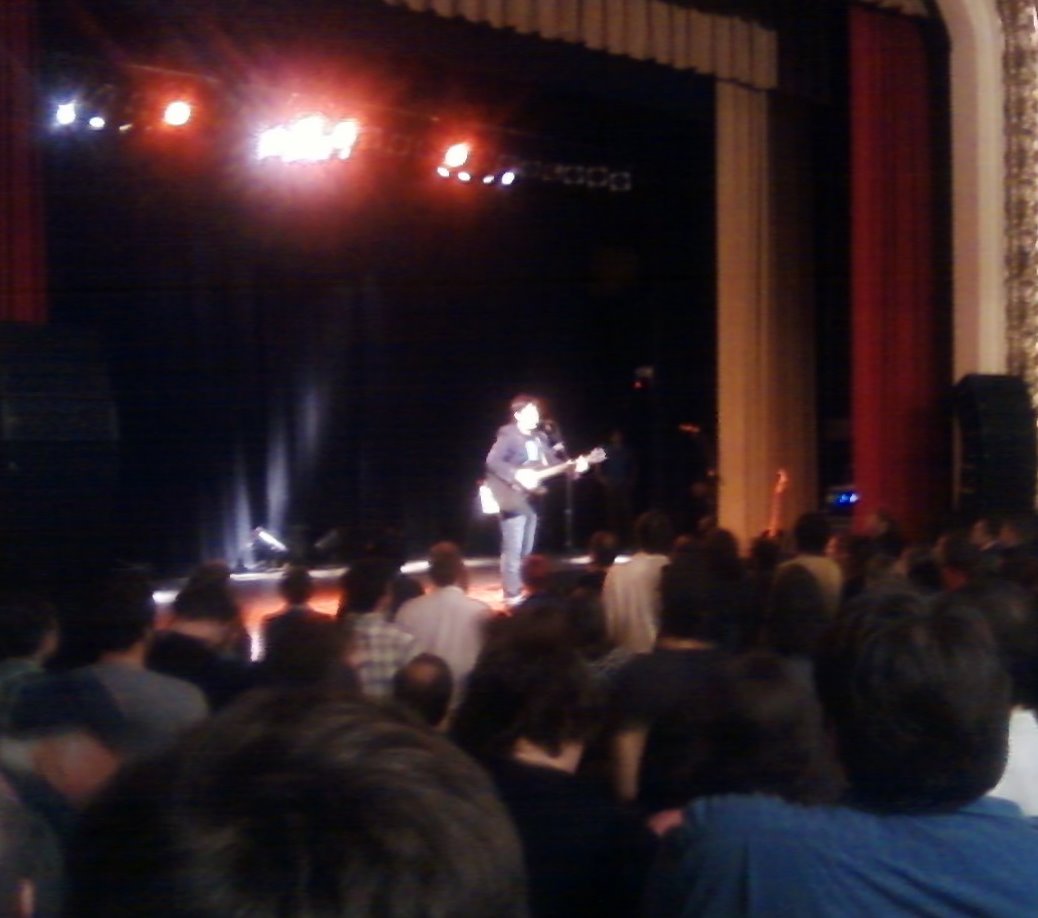 As always, it was a good time, led by the endearingly nerdy Darnielle.