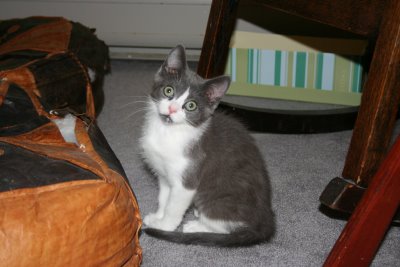 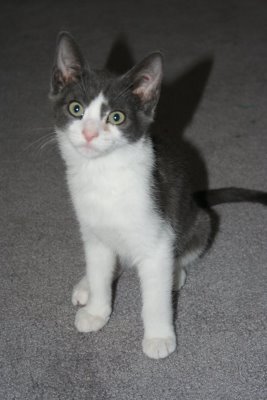 Felix and Phoebe were rescued from a home in Lowell where there were 90+ cats. They had kitty colds when they moved in with Ruth, but they are both doing well.

Felix is an attention-whore. He loves to butt heads and purrs loudly and often, especially in the middle of the night. Phoebe was initially shy but has gotten used to the house and us. Don’t let those big innocent eyes fool you, she delights in tormenting her brother by stealing whatever toy he’s playing with. Her favorite toy appears to be Felix’s tail. At the moment, they seem to alternate between moving at kitty warp speed and total crash mode.