I went for my race haircut this morning.  My standard cut is shorter than it used to be and my hair’s gotten thinner over the years but I still like to get a haircut just before a big race.  It helps me stay cooler and, more importantly, it makes me feel aerodynamic and fast. 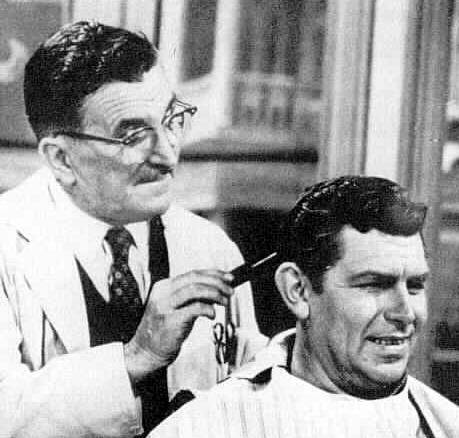 I had the usual non-runner conversation with my barber, the one we’ve all had over and over.  His side starts with “How long is your marathon”, goes to “Have you ever run Boston?”, and ends, sooner or later, with “I could never do that.”  There’s been tremendous growth in the number of people who run marathons, but we still are only a small fragment of the population.  I’m usually surrounded by runners, so sometimes it’s good to be reminded that there are still plenty of people who see what we do as something that’s at least a little odd.

My training hasn’t gone well enough (or badly enough) to give me any reason to change my goal for Sunday.  I’m still shooting to run a 3:28.  That’s a 7:56 per mile pace.

I don’t warm up before a marathon, but I’ll spend the first mile or two easing into the race.  I’ll try run close to my goal pace, but if I’m a little over, that’s OK.

After I’m warmed up, I’ll try to hit each mile at or below my target.  As long as most of my splits are 7:56 or under, I’ll easily make up any time I might have lost over the first couple of miles.  Some miles are more difficult than others, but a few slightly slower miles shouldn’t be a problem.

Math gets harder as the race goes on, and I’ve been known to press the wrong button on my watch.  To make sure I don’t lose track of where I want to be, I write my 5-mile split targets on my race number upside down so I can look down and read them while I’m running.  Checking every 5 miles lets any mile-to-mile fluctuations even out.  Also, if I write fewer splits, I can use numbers that are big enough for me to read.

Any marathon starts to get difficult around mile 20.  Assuming things are still going well when I get there, that’s when it’s time to decide whether to keep on keeping on or try to pick it up a little.  Even if I feel great, I have to be careful not to get too ambitious.  Cape Cod has some particularly challenging miles from 19 to 23, when we’re running through Woods Hole, so I’m going to have to increase my effort just to hold pace.

The last few miles are flat and fast, so if I’m on track when I get there, I should be in good shape.  Even if I tail off a little toward the end, I’ll still be happy as long as I hang on to run a BQ (3:30).

On the other hand, if the race gets hard before mile 20, it’ll be interesting to see how deep I can dig to try and hold pace.

Tim Noakes has written a paper arguing that physiology alone cannot explain performance limitations.  He believes that fatigue is in large part an emotion, and that the brain has a “central governor” that works to curtail your body’s effort short of its maximum in order to protect the body from damage.  That implies that most people can push themselves harder if they can figure out a way to bypass the central governor.  As Noakes says, “Your body will argue that there is no justifiable reason to continue.  Your only recourse is to call on your spirit, which fortunately functions independently of logic.”

I’ve found that counting my steps helps me get around the governor and focus on what I need to be doing.  I usually just count up to 100 and then start over.  It’s not like I need to know the total number of steps in the race.  Counting helps me keep my cadence up and hold my pace, and it also helps fill my head and keep me from worrying about extraneous things, like how tired I am or how far it is to the finish.  As long as I do my part and keep my legs moving, the finish line will show up all by itself.

Sandy, the storm heading toward the Cape, was upgraded from “tropical storm” to “hurricane” yesterday.  The forecast for race day still calls for clouds, high humidity, and temps in the 50s, but the wind forecast has crept up to 18MPH.  Most models have the storm center missing the Cape and the worst weather holding off until after the race, but it’s still too early to predict the exact track of the storm.  Things may get interesting. 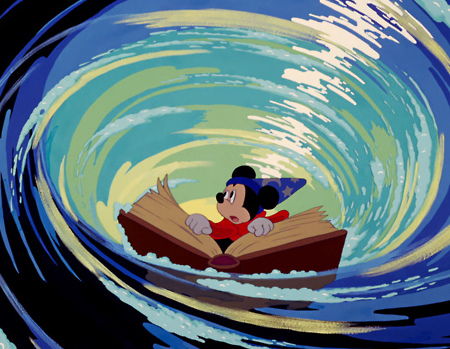 In all the stories, knowing something’s name gives you power over it.  If you’re worried about Sandy, give this a try:

Blow the candles out and the weather shall not touch or harm you.